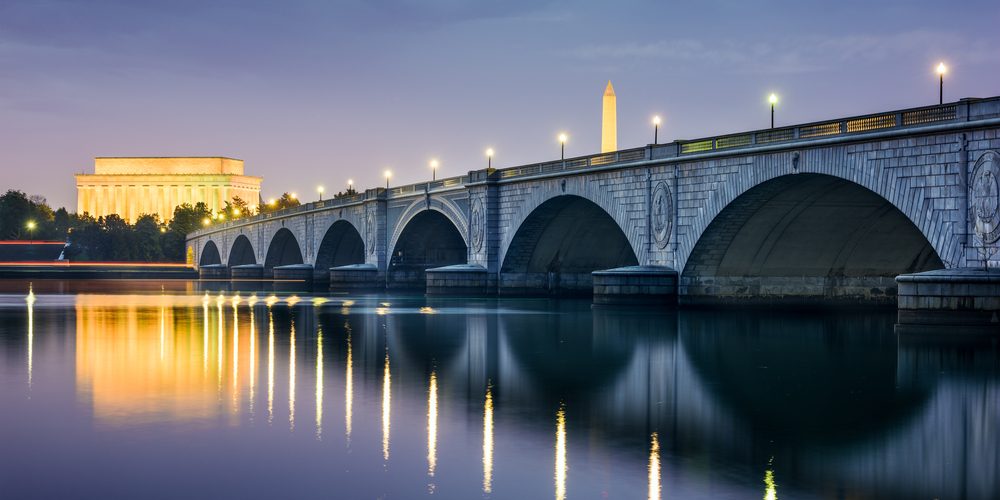 The $227-million improvement effort is one of the largest infrastructure projects in National Park Service history.

The United States National Park Service (NPS) recently reopened the Arlington Memorial Bridge, a Washington, D.C., landmark that crosses the Potomac River, to motorists, pedestrians, and bicyclists. This is after the historic structure underwent a $227-million rehabilitation effort. It is one of the largest infrastructure projects in NPS history. The NPS is the organization responsible for the maintenance and upkeep of the bridge. The intensive rehabilitation effort will extend the useful life of the viaduct by 75 years. This is 25 years longer than the 50-year projected life expected of most new bridges.

History of the Arlington Memorial Bridge

The bridge is a neoclassical-style masonry, steel, and stone structure that used to include a drawbridge. This feature was permanently closed in 1981 and replaced by a non-movable section during the recent renovation. The drawbridge was originally included so ship traffic could reach the Georgetown waterfront.

A bridge on or near the site was first proposed in 1886. However, nothing was built for decades because of political squabbling. Politicians were unable to come to a consensus on whether the structure should memorialize someone or commemorate anything and if so, who or what that should be. Traffic issues and other concerns finally made it necessary to start work in 1926.

The Arlington Bridge is 2,163 feet long and was designed by noted architectural firm McKim, Mead & White. The viaduct features monumental statues sculpted by Leo Friedlander and cast by the Ferdinando Marinelli Artistic Foundry in Florence, Italy. The statues depict valor and sacrifice in honor of the nation’s military heroes, to whom the bridge is dedicated. The structure was added to the National Register of Historic Places on April 4, 1980.

The site of the structure is unique because it provides a clear line of sight between the Lincoln Memorial and Arlington House, the former home of Civil War General Robert E. Lee, in the Arlington National Cemetery. The bridge is flat and low rather than monumental in order to preserve sight lines.

The Arlington Memorial Bridge Commission oversaw the design and construction of the structure. It had a “soft” opening on January 16, 1932. The dedication ceremony was headed up by President Hoover, who was also the first person to drive across it. His trip took him down the George Washington Parkway to Mount Vernon, to celebrate George Washington’s 200th birthday

The bridge was formally and finally opened on May 6, 1932, once permanent lighting and other critical features were added to it.

In February 2013, federal government officials undertook a thorough inspection of the bridge. Within two months, the structure was declared to be at — or beyond — its useful life. It was experiencing ongoing issues related to corrosion of the steel in the drawbridge section, deterioration of the concrete in the arches, and significant wear on the sidewalks, roadway, and other surfaces.

Reports at the time said that without immediate action, truck and bus traffic over the bridge could be banned within five years. Soon after, weight limits were placed on the structure and lanes were closed on a regular basis.

Finally, on November 30, 2017, a major renovation of the bridge was announced by the U.S. Department of the Interior, which oversees the NPS. The $227-million project was financed by a wide array of federal funding sources, including a direct $30-million appropriation. Kiewit Infrastructure received the contract for the work, which involved replacing the draw span, repairing the approaches, and improving the deck. Construction began in 2018 and was recently completed, a few months late because of construction issues and complications from the COVID-19 pandemic. The project came in on budget, though, which is remarkable for a government initiative of this scope.

Throughout the project, the NPS was careful to protect the bridge’s historic architecture. At the same time, it enhanced its iconic appearance with improved lighting. Over a two-year period, workers carefully removed, cleaned, repaired, and reinstalled more than 4,500 pieces of granite and strengthened the bridge’s historic structure. This included repairing and replacing the bridge’s foundations, supports, deck and sidewalks. They also installed new fixed permanent beams over the old drawbridge section and covered them with more than 450 precast concrete panels.

Much of the work done on the historic structure used innovative methods that reduced work time and costs, as appropriate.

On top of completing Arlington Memorial Bridge’s first ever total rehabilitation (smaller initiatives had been undertaken many times in the past), the NPS also improved the safety and performance of the roads and traffic circles that connect into the bridge. Much like when the bridge first opened, its current reopening is a soft one. Additional work is expected to continue for the next few months, including finishing up landscaping work in the spring.