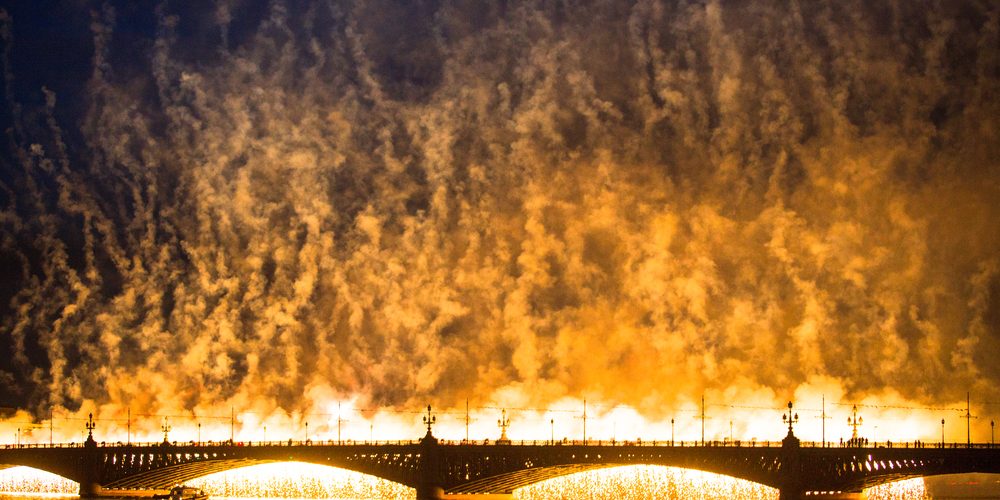 Many bridge designers, contractors, maintenance personnel and managers question whether bridge fires are something they should consider a top priority and spend time and money to protect against.

The truth: Fires are something everyone working on bridges must be concerned about, as well.

In this article, we’ll explain why you need to protect all types of viaducts against fire damage, along with the best ways to do it.

So, why do bridges become compromised or collapse when exposed to fire, high temperature and explosions? The answer is simple: Design flaws.

When designing buildings, architects and engineers make protecting against fire damage a high priority. That’s not always the case with bridges. The reason is that there are many fire-related regulations when it comes to developing and rehabilitating buildings. There aren’t as many related to bridges. The primary reasons for this are:

While these ideas seem reasonable, the truth is that destructive and deadly bridge fires happen more often than most people think. Some estimates place the risk of fire damage on bridges just behind that of structural deterioration and extreme winds, roughly on par with earthquakes.

Because of the height, length and environmental surroundings of many bridges, fires on them can be as — or far more — perilous than those in buildings. Multiply this by all the types of vehicles complex bridges carry including cars, trucks, bicycles and trains, not to mention pedestrian traffic, and you can see how challenging controlling fires on bridges can be. Add to all this the critical utility infrastructure that is also housed on many bridges and you have a recipe for disaster.

Now, consider another factor many bridge experts don’t consider when it comes to taking steps to protect against fires on bridges: The massive economic and social impact fire-destroyed — or even damaged — bridges can have on local communities. A bridge that’s out of commission for months or years makes it much more difficult for people to get to work, deliveries to be made to homes and businesses and customers to get to stores and offices. It can also shut down the utility services people depend on to live their everyday lives and for businesses to continue to operate.

The reason bridges collapse when exposed to extreme heat is because so much of the support structure of modern viaducts is extremely slim, which is often done so they look elegant and to make them flexible so they perform better in extreme winds and during earthquakes. When critical bridge support systems are damaged by heat, there is little system redundancy to help protect against collapse. If a fire on a bridge lasts a long time, the decking can melt or explode and utility components supported by the bridge can be damaged, impacting the delivery of cable, gas, water and other types of utility services to local communities. If certain types of utility infrastructure is damaged during a fire, it can increase its volatility and spread.

The issue is further compounded because, especially when compared with buildings, relatively little is known about the impact of fire on bridges, making it difficult to model potential damage, take steps to prevent it and plan for how to deal with it when it occurs. Much more is known about how wind, ice and earthquakes affect bridges, so it’s easier to develop computer models and do virtual testing to protect against damage from them.

The most common issue that triggers bridge fires are accidents involving trucks carrying flammable material such as gasoline and fuel oil. Other causes include arson and boat crashes. While there isn’t a lot of research and reporting available about this subject, approximately one third of bridge fires lead to catastrophic collapses and another third result in major damage.

So, what can you do to protect bridges against fire damage, especially if they haven’t been designed for it? The truth is that they need to be rethought and retrofitted in order to better stand up to exposure to fire.

One way to retrofit bridges is to use First Line fire blankets. While they can’t protect all parts of bridges, they are a proven way to protect the sections of bridges most vulnerable to fires, including support structures, power cables, transmission lines and gas pipelines. These high-tech blankets withstand exposure to temperatures of up to 3,000 degrees Fahrenheit.

First Line fire blankets are made out of a densely-woven E-glass fiber that’s resistant to heat transfer and provides significant insulation against extreme heat. The rubberized coating on them is flameproof and waterproof. The coating, formulated by Insulflex, turns into a titanium silicate refractory crust when exposed to flames which creates an impenetrable, fire-proof barrier.

The highly-trained team at Bridge Masters installs this type of fire protection on bridges across the United States. Once the fire blankets are in place, we install our PUB (Protection Under Bridge) systems which protect the investment long-term and prevent tampering.