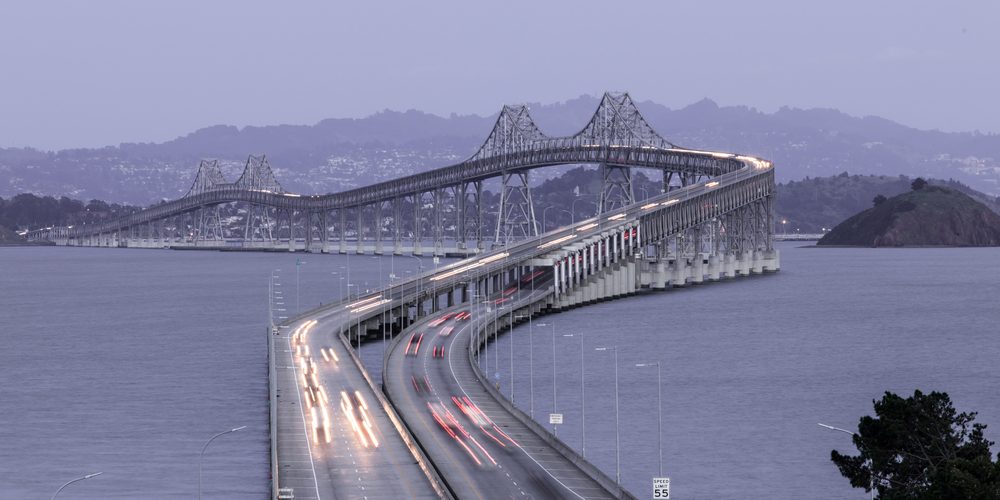 Congestion pricing has become a big topic in the news lately because more commuters are being affected by it. However, most people who manage bridges and do construction and repair work on them aren’t aware that it could significantly impact them over the next few years as more metro areas begin using it.

At a time when a large number of bridges are nearing the end of their design lives and financial resources to repair and replace them are limited, congestion pricing could be the solution bridge managers are looking for. When implemented effectively, congestion pricing can help limit stress on aging bridges and other transportation-related assets while simultaneously increasing their revenue. In addition, it can improve the quality of life, especially in crowded urban areas.

However, it’s important to be aware that congestion pricing can have negative financial and social impacts on people in communities when it is not implemented correctly.

In this article, we’ll explain everything you need to know about congestion pricing, what it takes to implement it effectively, and share an example of a program that has caused harm to some of the people affected by it. 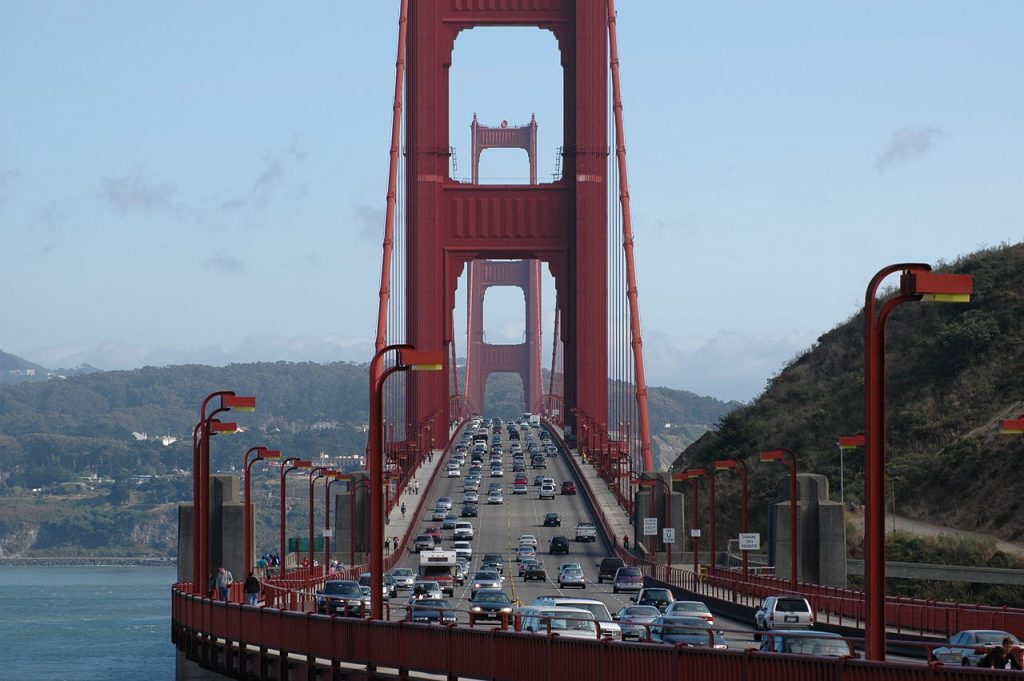 What is congestion pricing?

Congestion pricing (also referred to as, congestion charges) is a way of charging people who use public assets (such as bridges) different amounts of money depending on timely demand for use of the asset. In the case of bridges and other transportation infrastructure, higher tolls and fares are charged during rush hours and other periods of peak demand, and lower amounts are assessed during periods of lesser demand, often at night and on weekends.

At its core is the economic concept that, at a cost of zero, demand for an asset typically exceeds supply, leading to shortage, high congestion, and excess wear-and-tear. One way to lower demand is to determine the price of access that reduces usage to optimal levels. This is done to avoid spending money on increasing supply, building additional infrastructure, or making repairs.

Congestion pricing was originally used by utilities to control demand during periods of peak use. A good example of this practice is when electric companies charge more for electricity when the weather is extremely hot to discourage use of air conditioners. The practice helps prevent excess stress on electric grids, avoiding brownouts and blackouts, while generating additional revenue that can be used to improve power systems.

In short: Congestion pricing is a demand strategy, rather than supply-side one. It’s an ingenious way to control access, making it possible to manage congestion without building additional infrastructure.

According to economists, the key to achieving success with this pricing strategy is to make people aware of the costs of consuming during periods of peak demand and ensure they understand that they are paying extra for the congestion and stress they create. 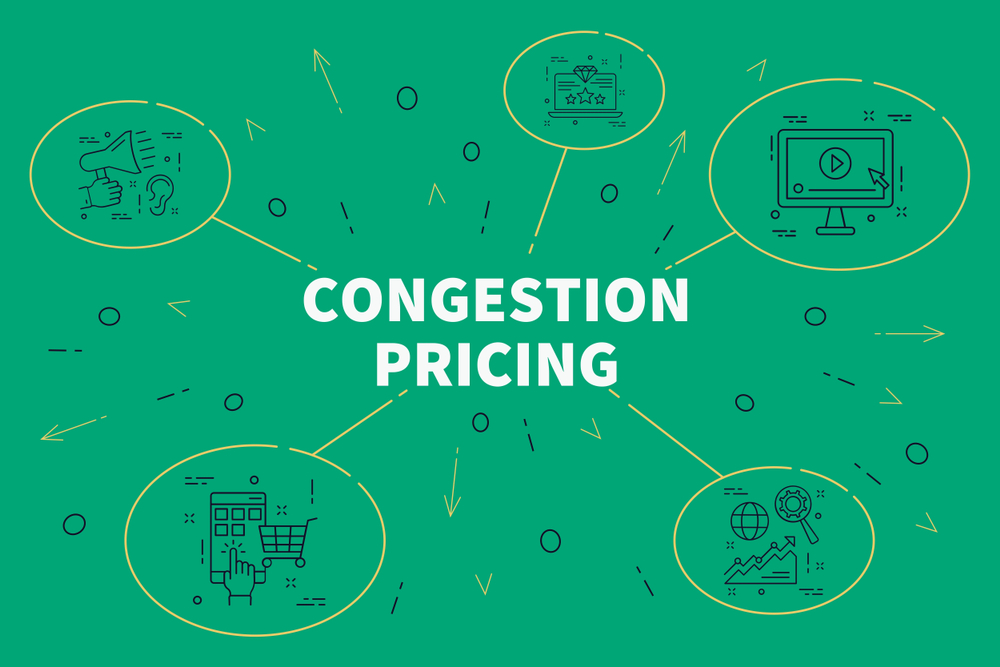 It forces them to pay for their “negative” habits, such as overloading bridges during heavy traffic periods. In most cases, people who genuinely need to use the asset during rush hours are willing to pay the higher cost. Those who have more flexibility can change the time of their commute and/or decide to take an alternate, less convenient, route. In the end, congestion pricing encourages consumers to redistribute their demand by location or time.

The practice is leveraged in large cities all over the world, including New York, London, Stockholm, Singapore, and Milan. Smaller cities that experience overcrowding also take advantage of it. Examples include Durham, England, and Valletta, Malta. Many metro areas are developing plans to adopt it over the next few years.

Check it out: Wikipedia provides details of congestion pricing plans all over the globe.

Congestion pricing can be used on a single bridge, roadway, or other transportation asset, or it can be implemented system-wide throughout a metro area. Advances in electronic traffic monitoring and toll collection have made it relatively simple to systematically implement congestion pricing and make adjustments to tolls and fees at set times or in real time. In some places, satellites are used to monitor and control traffic.

One of the earliest examples of congestion pricing in the transportation industry was developed by Nobel prize winner William Vickrey. Back in 1952, he came up with a plan for a distance- or time-based fare system for the New York City subway. Similar plans for bridges and roads were proposed by Maurice Allais (another Nobel prize winner) and Gabriel Roth.

Testimony from a 2003 United States Congress Joint Economic Committee hearing found that: “If a good or service is provided free of charge, people tend to demand more of it — and use it more wastefully — than they would if they had to pay a price that reflected its cost. Hence, congestion pricing is premised on a basic economic concept: charge a price in order to allocate a scarce resource to its most valuable use, as evidenced by users’ willingness to pay for the resource.”

This conclusion supports the rationale behind leveraging congestion pricing now that bridges and other infrastructure in the United States is overtaxed and there is limited money available to build new ones.

The negatives of congestion pricing

Critics acknowledge that congestion pricing programs are a proven way to reduce overuse of transportation assets. However, they are concerned that it is not an equitable practice because it places a heavier economic and social burden on certain communities and groups of people, especially the poor and those who are highly dependent on a particular transportation asset. It can also reduce economic activity in some areas, especially shopping, because of reduced traffic flow. Many experts believe that congestion pricing should be thought of as a hidden tax. 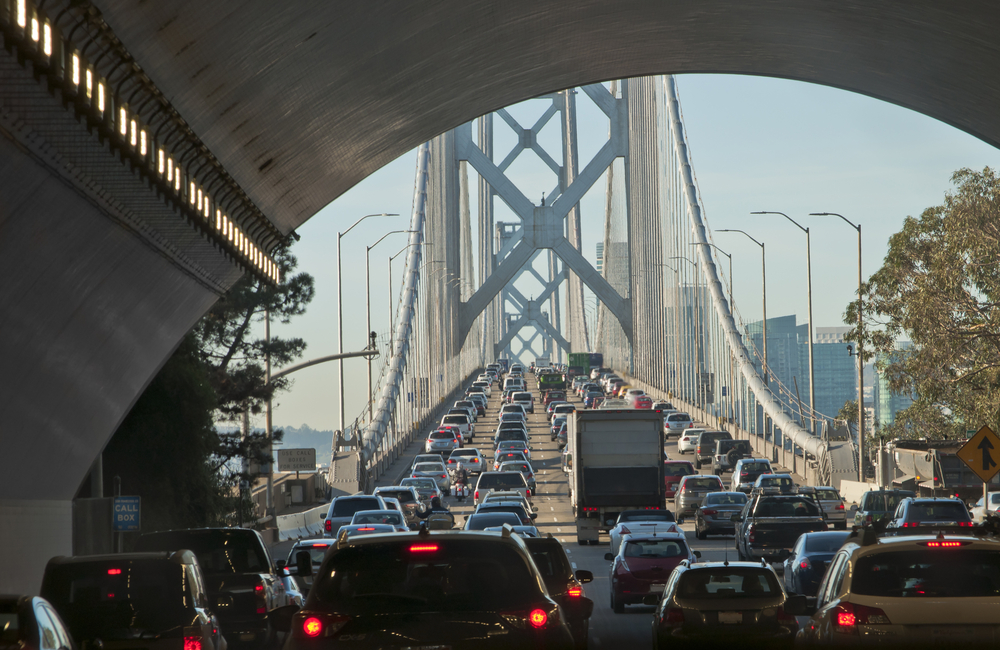 Economists differ on the fairest way to implement a congestion pricing-based toll program. However, most agree that the issues that should be taken into account when developing a plan include:

Believe it or not, at certain times of the day, it can cost up to $17.00 ($11.52 via E-ZPass) to cross the Verrazano-Narrows Bridge, which connects Staten Island and Brooklyn in New York. Compare this to the $7.75 toll on the Golden Gate Bridge in San Francisco or the $15.00 charged for the Chesapeake Bay Bridge-Tunnel between Virginia and Maryland that allows vehicles to travel 20 miles through multiple bridges, tunnels, and trestles. 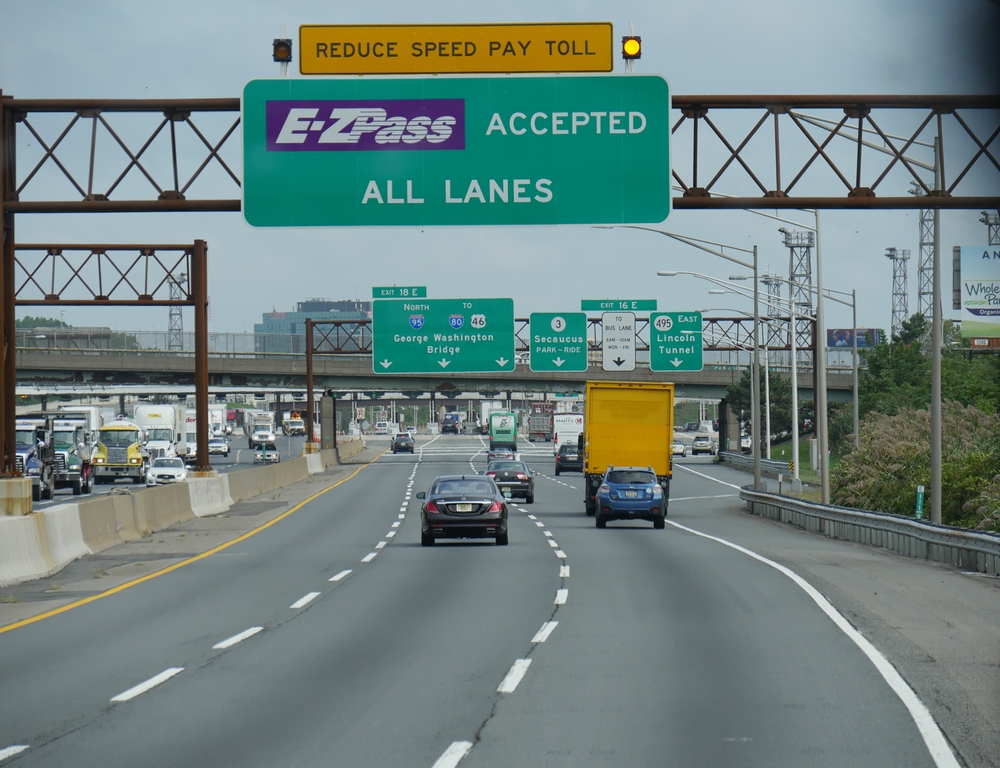 Even worse, truckers using the Verrazano pay higher rates, ranging from $34.00 to $132.00 ($20.80 to $79.52 with E-ZPass), depending on the number of axles on the truck. This can have a significant impact on the cost of goods delivered by these trucks, affecting the communities dependent on these deliveries.

Four other bridges in New York City — the Bayonne, Goethals, Outerbridge Crossing, and George Washington — have one-way $15.00 peak cash tolls ($12.50 via E-ZPass). By contrast, it costs nothing to cross the Brooklyn, Manhattan, and Williamsburg bridges.

The wide disparity in bridge tolls is largely a function of which agency manages a bridge. Of the more than 2,000 bridges in the New York metro, the major crossings are operated by three different entities:

The city manages almost 800 bridges and charges no tolls on any of them, even though many are major connectors between boroughs. The Port Authority and M.T.A. charge tolls on their bridges, but the amounts are based on organizational financial needs and are often governed by different congestion pricing plans. Some agencies build more than bridge maintenance costs into their plans and use bridge tolls to fund other budget items, including maintaining tunnels, bus terminals, and train stations.

Some experts consider New York’s congestion pricing system unfair. People living in the city’s outer boroughs are required to drive because they have limited public transportation options. This forces them to pay more to commute compared to people who live in or near Manhattan, who have more transportation choices available to them and are better able to respond to congestion pricing. Not only that, but in some cases, tolls collected in the outer boroughs support those inner-borough options.

Another unintended impact of congestion pricing in New York City has been increased traffic in residential neighborhoods because more and more drivers are looking for cheaper alternative routes to reach their destinations. This leads to quality-of-life issues.

Because New York’s congestion pricing plan has been so poorly implemented, officials are considering reducing dependence on it. This runs counter to the cities all over the globe that are planning to begin using it. Instead, the city may leverage a traditional tax structure that spreads costs more equitably.

Using congestion pricing on bridges can be a good way to control usage and the resulting wear and tear. It can also generate revenue that can be used to make repairs or add additional infrastructure. It’s important that any plan be developed and implemented in a thoughtful and equitable way so it achieves stated goals while avoiding causing hardship on vulnerable communities.