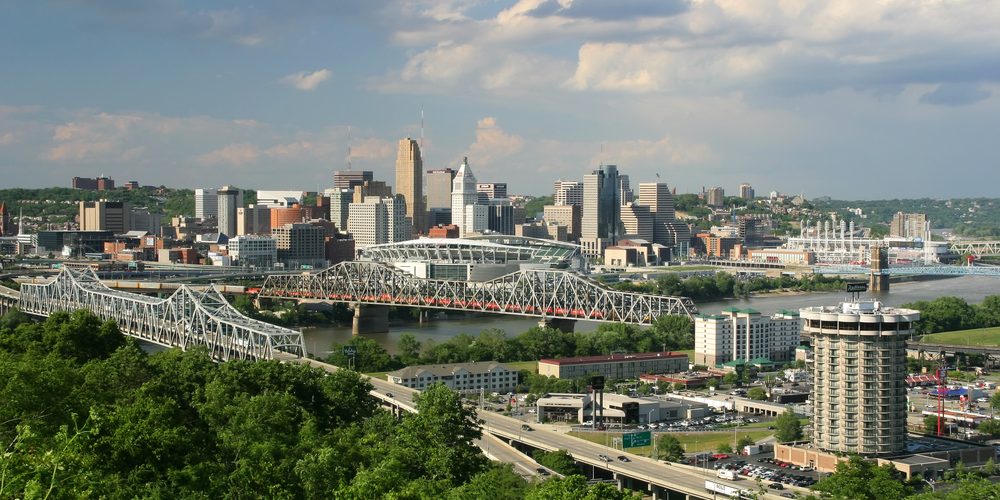 The United States is experiencing a level of inflation not seen in 30 years. The increase in prices is caused, in part, by supply chain issues. Things that consumers want are simply not available. In many cases, the products may exist, they just can’t get to consumers because of transportation problems. This causes prices for the limited supply of goods that are available to go up.

Put simply, there is more demand for things, including food, clothes, parts, gasoline and more, then there is supply of them, and transportation is playing a key part in the shortages.

Bridges and roads play a central role in transportation and in supplying goods to consumers. If a single bridge goes out, it could prevent products from getting to store shelves on time.

In this story, we’ll take a look at a bridge that plays a vital role in the United States supply chain. It was put out of commission because of a serious fire. Due to some innovative thinking and hard work, major damage to it was rapidly repaired and the bridge was returned to service in less than six weeks. The lessons learned from the repair process used on this structure can help people in the bridge industry see how they can use outside of the box thinking to bring vital connectors back into service fast. Doing so will keep vehicles that are part of the supply chain moving even when crises occur.

Disaster on the Brent Spence Bridge.

The Brent Spence Bridge is a double deck cantilevered truss structure. It carries busy Interstates 71 and 75 across the Ohio River between Covington, Kentucky, and Cincinnati, Ohio. On average, 160,000 vehicles cross over the bridge every day.

The Brent Spence Bridge and the roads connected into it are a critical part of the United States interstate system. The roads that cross over the bridge connect ten states from Michigan to Florida. Approximately three percent of the U.S. gross domestic product (GDP) crosses over the bridge, and a major water commercial transportation route runs under it on the Ohio River.

A major crisis occurred early in the morning of November 11, 2020. Two semi trucks collided on the bridge near the Kentucky end of the span. They started on fire, which burned hotter than 1,500 degrees Fahrenheit. Thankfully, no one was harmed, but the bridge had to be closed to traffic and boats were forced to stop traveling on the Ohio River. The traffic stoppage on the bridge and river was soon felt by local businesses and companies all over America.

It was necessary for officials to take fast action. Immediately after the crisis, experts from the Federal Highway Administration (FHWA), state agencies and bridge engineering firms had created a war room focused on maintaining traffic flow, inspecting the bridge, expediting design and repairs, communicating with the public and procuring construction resources. The team had direct access to government officials who could break down barriers when they arose.

The team developed a plan to determine the condition of the bridge overall, with special attention on the area impacted by the extreme fire.

Inspectors utilized many old-school and cutting-edge techniques to go over the structure, including rope access, lifts, unmanned aerial systems (drones) and more. Based on these inspections, the bridge engineers determined that the stringers of the upper deck and its concrete needed major repair work, along with other things. This included replacing a portion of the concrete deck, wearing surface, concrete barriers, steel stringers, lateral bracing, steel at finger joints, electrical wiring, junction boxes and fixtures. This is a big list, but the good news was that a lot of the work was isolated to a limited section of the large structure.

In order to speed the awarding of the construction contract, the team identified ways to make the design process more efficient. One of the key things they did was get information from inspectors to the designers as quickly as possible. They also purchased parts and materials before they were absolutely certain they would be needed. While this was not cost efficient, it was time efficient.

The team quickly realized the fastest and most efficient way to repair the bridge was to replace damaged components with similar ones and limit upgrades to things that were easy to do. This eliminated the need for new designs and plans. In a few cases, bridge design updates or new types of materials were required because of construction standard changes that were implemented after the bridge was built.

Because of this rapid fire approach, plans for the repairs were ready five days after the accident. Bids for the work were received quickly after. Within two weeks of the fire, construction work began.

Work took place around the clock. COVID-19 related obstacles were overcome to keep the project moving. Constant communication and coordination were encouraged for all aspects of the project. While the bridge was closed, improvements were also made to approaches and other related structures so traffic wouldn’t need to be shut down again at a later date.

One of the things that made construction happen quickly was the lack of traffic on or near the bridge. A solid public communication program helped reroute traffic and make adjustments to the new routing in real time. This was quite an undertaking because it involved working with multiple state transit agencies and metro media outlets.

In addition to communicating about the traffic issues, the team made it a point to put out information about project progress and the people who worked on it, which helped maintain public good will while people were being inconvenienced.

On December 21, 2020, the final construction inspections took place. The bridge reopened to traffic the next day, less than six weeks after the accident occurred. The U.S. Department of Transportation paid $12 million to complete the extensive repairs which is relatively low for such a speedy initiative.

The Brent Spence Bridge is a real lesson on what can be done when experts use innovative thinking to keep the supply chain moving.