Millions of people cross bridges all over the world every day. But did you know that a tremendous amount of information is transmitted across them as well?

That’s right: bridges are a key component of the world’s telecommunications infrastructure. They’re a vital link in the vast network of wires and cables that help distribute bits and bytes of information all over the planet.

In this article, we’ll look at the development of the telecommunications industry and how bridges came to play a critical role in facilitating its growth. 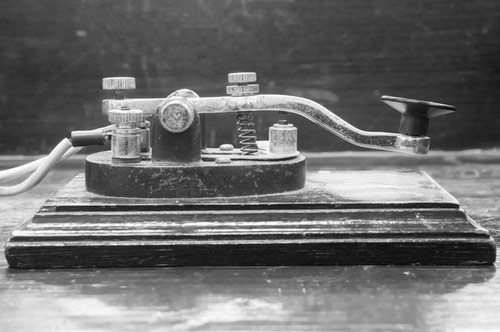 The history of telecommunications goes back to ancient times. Ever since humans began congregating together to live in organized communities, we have used smoke signals, drums and horns, homing pigeons, personal messengers, and other methods to transmit information over long distances. The earliest “messages” conveyed information about military maneuvers and impending threats, much like today’s news and emergency alerts.

The first major technological advance in long distance communication was the invention of the telegraph. Although work on an electric-based messaging device started all the way back in the 1720s, it took more than a century to develop a usable telegraph that could send data pulses across significant distances.

Charles Wheatstone and William Fothergill Cooke developed a telegraphic communication system that was put into commercial use in 1838. It transmitted information along 13 miles of the Great Western Railway in Britain.

Interesting fact: Many of the first telegraph systems were associated with railroads. The cables that transmitted information were often strung along rail lines and across railroad bridges.

Here in the United States, Samuel Morse revealed his version of the electric telegraph to the public in September 1837. He soon added the ability to record messages on paper tape and successfully demonstrated this new capability over a three-mile distance a few months later. It took just over six years for Morse to figure out how to extend the reach of his invention to over 40 miles when he was finally able to transmit a message between Baltimore and Washington.

Once this milestone was reached, telegraph lines spread rapidly across the United States. By 1851, there were more than 20,000 miles of lines crossing all types of terrain. Bridges were often the conduit that helped them span waterways, valleys, and other natural barriers. 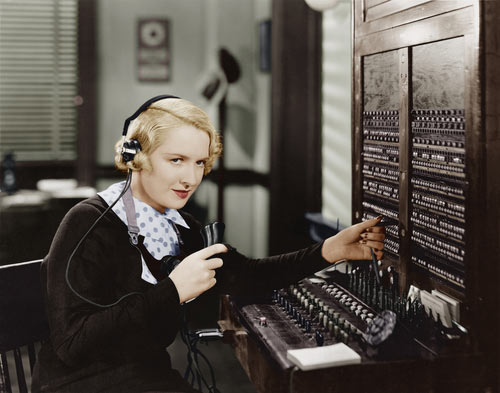 The next major leap in telecommunications technology was the invention of the telephone in 1876, followed by the switchboard in 1877.

The first commercial telephone services were set up within a year in New Haven, Connecticut, and London, England. Use of the technology spread very quickly. By the mid-1880s, there were telephone exchanges in every major city of the United States and connections between the cities. The first transcontinental telephone call took place in early 1915.

The most logical, efficient and cost-effective solution for stringing telephone cables across natural and man-made barriers was to leverage the bridges that already crossed many of them. The wiring could be added to the existing structures, eliminating the need to build new ones and avoiding unsightly telephone cables crossing urban and natural expanses.

Bridges also provided a level of protection to the cables, shielding them against harsh weather and other environmental impacts. Early telephone cables were not as durable as those used today.

Today, more and more calls are transmitted by satellite and through wireless towers. Still, telephone lines make up a big and vital part of the nation’s telecommunications infrastructure.

Did you know? Bridges are home to many cell phone towers because they provide more unobstructed distribution potential than other types of structures. 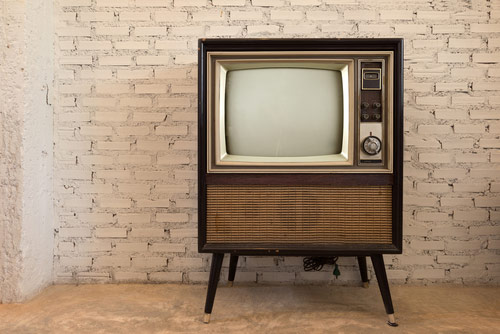 Two of the next big telecommunication innovations — early radio and television — used invisible waves to send information through space. However, remote areas were not able to get good reception.

That’s why many of these communities turned to cable television providers. The earliest cable systems delivered a few local channels to homes in remote areas. The cables were often strung across bridges to span valleys and waterways to reach these places.

Cable television exploded starting in the 1980s, when improved technology and government deregulation allowed cable to deliver more types of content through a large number of channels. Soon, cable overtook broadcast to became the primary television delivery method, and cables were crossing the landscape — and bridges — to deliver this new service to homes across the United States and the world.

The internet is the most recent technology that leverages cable to deliver data and information to homes and businesses everywhere. And while most internet service today is wireless, a significant percentage is still delivered using physical wiring.

Besides using the right equipment to install telecommunications infrastructure, it’s important to use the correct hangers to fasten them to the bridge. In addition, it’s critical to protect it from weather, accidents, and things that could cause damage.

Check out the solutions offered by Bridge Masters and contact us to learn how we can help you with your bridge-related telecommunications infrastructure installations. We got our start in telecommunication work and know how to get the job done right.

Check out our rental fleet infographic for full details on our bridge access equipment.