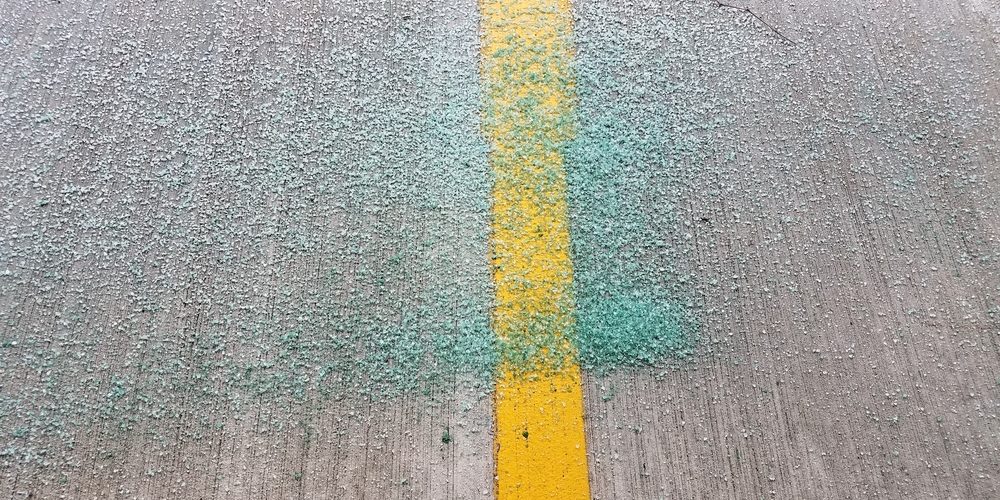 Many types of chemicals are used to melt ice and snow on bridges and roads.

In this article, we’ll provide an overview of three of them, offering information about how they affect bridge and road infrastructure, along with their impact on vehicles and the environment. The three types we’ll look at are:

We hope this information will make it easier for you to decide which solutions are best to use on your bridges and road surfaces.

The three primary types of chlorine deicers are sodium chloride, calcium chloride, and magnesium chloride. Each has a different lowest melting point (the temperature at which they are no longer able to melt ice or snow):

Chloride-based deicers are known to be corrosive and can have a significant impact on bridges and roadways, along with the vehicles that cross them and the environment.

All three types of chloride deicers have been shown to cause corrosion on the metal parts of bridges. This includes the superstructure and supporting elements, which can be weakened over time if exposed to chloride solutions regularly.

All chloride deicers are known to damage concrete on bridges and roads. Magnesium chloride has a bigger impact than the others. The two most common types of damage are scaling of concrete and reactions with the cement paste.

Scaling of concrete is caused by the breakdown of the upper road surface. This results in exposing the aggregate below it. While scaling can occur for many reasons, there are two primary ones.

Reactions with cement paste take place when chloride-based deicers affect it both physically and chemically. The physical effects are similar to the scaling described above. The chemical-related ones are caused by reactions between the deicers and cement paste, which lead to expansion.

All chloride deicers have a high likelihood of corroding the steel rebar that reinforces concrete on bridges. This is one of the biggest issues with using them.

Magnesium chloride has the highest negative impact of all of them. That’s because of how it reacts with calcium-silicate-hydrate (C-S-H) and calcium hydroxide [Ca(OH)2], the two substances that make up cement paste.

The magnesium chloride is known to replace the calcium in the C-S-H compound with a non-cement compound called magnesium-silicate-hydrate (M-S-H) and calcium chloride. The resulting substance is not as durable, and the concrete loses its strength.

Calcium chloride leads to similar degradation, but it happens at a slower rate and to a lesser degree.

The steel in rebar is usually protected from corrosion because of the relatively high alkalinity of the surrounding concrete. When chloride seeps into concrete, it leads to deterioration. This allows oxygen and water to break through the protective concrete surface and causes pitting and corrosion to the rebar. Over time, this weakens reinforced concrete, which reduces the strength of bridges over time.

Note: Damage to rebar is a big issue for bridges, but it can also affect pavement with doweled joints or continuous reinforcement.

Effect on the environment

Cost of using salt to melt snow and ice

Researchers have studied the dollar cost of using sodium deicers beyond the price of materials and hiring people to apply them. They’ve calculated costs related to infrastructure, vehicle, and environmental damage.

In 2014, Fortin Consulting pulled together the results of seven studies conducted between 1976 and 2010 to quantify the annual cost of damage associated with the use of one ton of road salt per year.

The three primary types of acetate deicers are calcium magnesium acetate, potassium acetate, and sodium acetate. Each has a different lowest melting point:

Overall, acetate deicers are known to impact bridge and road infrastructure, vehicles, and the environment, but less so than chlorine.

Overall, studies have found that acetate-based deicers are less destructive to steel than chloride-based ones. Specifically, the corrosion rate for steel that comes into contact with acetate-based solutions is about two to four times lower than that for sodium-based deicers. When it comes to aluminum, acetate is approximately 90 percent less corrosive than salt.

Calcium magnesium acetate and potassium acetate have a relatively high likelihood of causing damage to concrete on bridges and roads because of scaling. There is little evidence that sodium acetate affects it at all.

One study looked at what happens when good quality concrete is exposed to acetate-based solutions non-stop for eight months. It found that there was a measurable decrease in load capacity. Researchers were also able to see degradation to the concrete. However, the same study found that when slag-blended cement was tested, the loss of strength was not as great.

Acetate deicers may also damage asphalt because of chemical reactions, emulsifications, distillations, and by causing added stress within it.

There is little or no evidence that acetate deicers have any negative impact on the steel rebar used on bridges. This clearly gives it an edge over sodium-based solutions.

When it come to automobiles, studies show that acetate-based solutions have less of an effect on brake lines, tubes, and other automobile parts than salts do.

Effect on the environment

Acetate-based substances are known to have a:

The three primary types of carbohydrate deicers are beet juice, molasses, and corn syrup. The lowest melting point for these substances has not been documented.

There is a very small possibility that these substance may initiate and accelerate metal corrosion because of elevated conductivity. There is minor evidence that they may prevent it, but these claims need more study and research.

There is little or no proof that carbohydrate deicers have a negative impact on concrete.

There is little or no evidence that carbohydrate-based deicers cause rebar to corrode. Claims that it could be protective require more research.

Carbohydrate deicers have no demonstrated impact to vehicles.

Impact on the environment

Every chemical used to deice bridges and roads comes with its own pluses and minuses. You owe it to the people you serve to ensure that you select the ones that are most effective, cause the least damage to bridges, roads, and vehicles, and have the lowest possible impact on the environment.