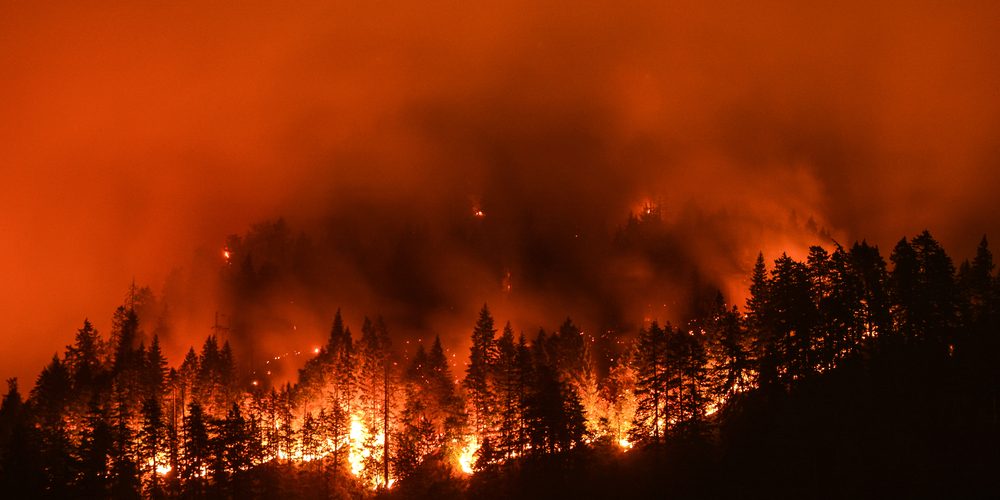 In previous decades, the North American wildfire season typically lasted through the summer and into the fall. It was centered in the warmer and drier areas of the southern and western United States. The fires were fueled by hot summer weather, strong winds and dry conditions.

However, things are changing. This year’s wildfire season started in the spring and promises to be a long and active one. Prior to summer even beginning, there were major blazes as far north as Alberta, Canada.

The U.S. Forest Service warns that a billion acres of land across America are at risk of catastrophic wildfires similar to the Camp Fire that destroyed most of the town of Paradise, California last year. They estimate that it could cost more than $2.5 billion to fight them this year.

Three reasons for the increase in fire activity include:

In addition to the destruction of nature, homes and businesses, wildfires can have a significant impact on bridges and roads. Once damaged, these vital components of the nation’s infrastructure take a long time to repair. In fact, one of the biggest issues faced by people affected by last year’s extreme fires was an inability to access their homes or businesses. Compromised bridges and roads made it impossible.

There are many initiatives underway to help prevent wildfires and the damage they cause, including:

These things are being done on the federal, state and local levels, and by private groups.

Up until recently, fire protection engineering has focused almost exclusively on buildings and tunnels. These types of structures have their own standards governing how to protect them against fire damage. Countless studies have been published about the impact fire can have on buildings and tunnels. This research has helped improve construction standards and has had a positive impact on how these structures are designed and built.

So, what about bridges?

Why isn’t the development of them governed by regulations?

Why aren’t they the subject of research and studies?

Clearly, they’re not immune to damage from fires. In fact two recent studies reviewed 165 fire incidents on bridges between 1997 and 2015. They found that nine steel bridges and 15 wooden ones collapsed because of fires and 35 others experienced damage that was serious enough to require that they be replaced by new structures. That doesn’t include the repairs that were needed to get other bridges into safe working condition.

The studies show that bridge fires result in a relatively small number of deaths, but can have a very big impact on business and everyday life, as they did in last year’s California wildfires.

Bridges are critical connectors. When a bridge is not open to traffic, it can have a serious economic impact. Not only is there the direct cost of repairs or replacement, but also indirect ones, including lost business activity — and reduced worker productivity because it’s difficult for people to get to work.

Despite the relative frequency and significant impact of bridge fires, they have been the subject of very few studies. The issue is barely covered by most international bridge design standards.

With this lack of guidance, what can be done to prevent damage to bridges from wildfires and other fire-related events?

Are you ready to take steps to protect bridges against wildfires and other fire-related damage? Check out our in-depth article about the impact fire can have on bridges and contact Bridge Masters to learn more about our cutting edge fire protection blankets for bridges.