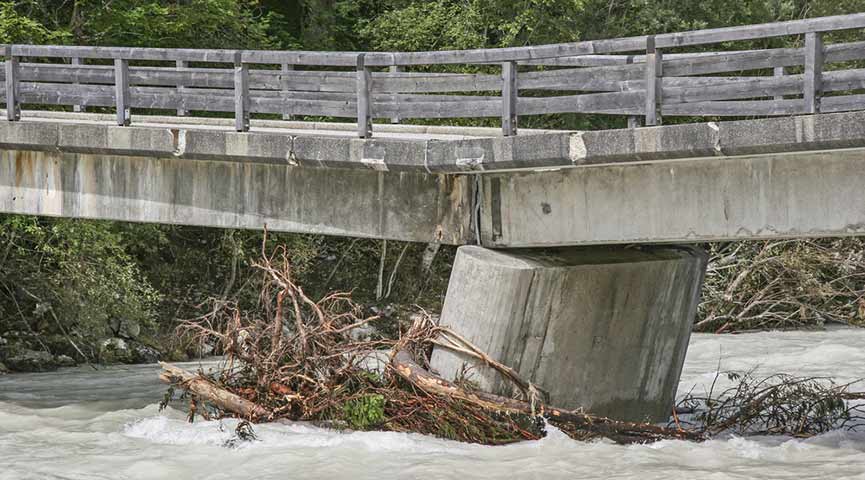 Hurricanes and other extreme weather events have topped the news lately. More and more bridges are being damaged or wiped out by floods from record-breaking storms.

In this article, we’ll provide insights and ideas about what can be done to protect bridges from flood-related damage and destruction.

How bridges are compromised by water

Let’s start by looking at how bridges can be damaged by floods:

Did you know? The main reason many bridges are destroyed by floods is because of a phenomenon known as scour.

When a bridge over a river or stream is built on a bed of gravel, racing floodwater “scours away” the bed downstream from its piers, weakening their ability to hold up the structure. At the same time, floodwater and the elements carried in it put pressure on the bridge.

In the end, the most common reasons bridges ultimately fail during floods are:

How to protect bridges from water damage

So, what can be done to prevent damage to bridges during floods?

Taking steps to prevent flood damage may cost more money today but could save a lot in repair and replacement costs for decades to come.