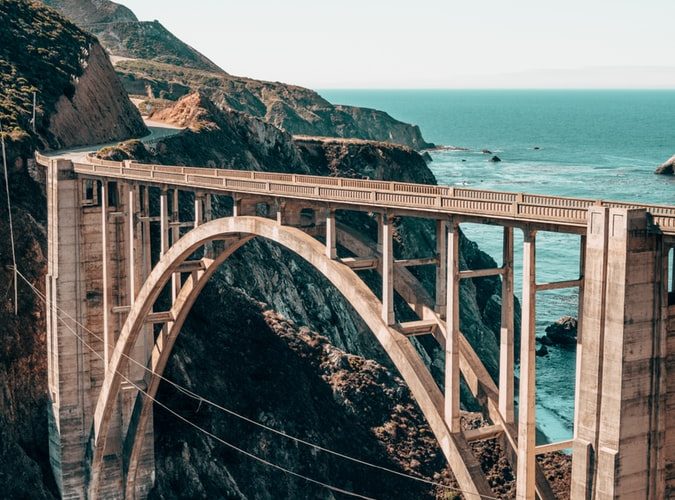 The COVID-19 pandemic has had a big impact on all aspects of everyone’s lives and the economy. Even those who design, inspect, maintain, and manage bridges, who are generally not hard hit by economic shifts, have experienced stay-at-home orders and significant work slowdowns.

However, there could be good news for people who work on and manage bridges. After years of delays, long-awaited government infrastructure funding may finally happen.

A lesson from the Great Depression

The financial crisis caused by the COVID-19 pandemic is forcing lawmakers to look back to the Great Depression for ideas on how to stimulate the economy and get people back to work.

Back in the 1930s, President Franklin Roosevelt proposed — and Congress passed — a major public works package that is often credited with pulling the United States out of the Depression and relieving then-record levels of unemployment. The program built many of the bridges and roads that we still drive over today, along with government buildings, schools, post offices, and other critical infrastructure.

Both Republican and Democratic lawmakers are aligning on an infrastructure bill that could be worth $2 trillion or more as part of a next-generation economic stimulus package that is a follow-up to the Cares Act. They view infrastructure spending as a sensible strategy for creating jobs to help offset the mass layoffs caused by business closures related to the coronavirus pandemic.

This is quite a change from the last several years, when the two parties recognized an urgent need for improvements to the nation’s aging bridges, roads, and other infrastructure but could not come together on a way to pay for them. Everything from full government funding to tax breaks to public-private partnerships was considered, but there was no consensus.

After several fits and starts, discussion about infrastructure was put on hold about a year ago after a disagreement between the President and Democratic members of Congress during a meeting at the White House. The disagreement was over how the government should pay for a large public works package.

The latest proposals do not specifically address how the new coronavirus-related infrastructure spend will be paid for. However, it seems likely the U.S. government will take advantage of today’s record-low borrowing rates to fund it. The COVID-19 financial crisis has created conditions that make it attractive for the government to borrow money to underwrite a major infrastructure program.

Before the coronavirus pandemic, Democrats in the House had planned to pass a symbolic public works bill this year. It was going to be an effort to make good on one of the campaign promises that helped them win back the House of Representatives during the 2018 midterm campaign. It was also supposed to send a message to Democratic voters who strongly back government infrastructure spending prior to the 2020 presidential election.

It seemed unlikely that any bill passed by House Democrats would be approved by the Republicans who control the Senate nor signed into law by the President. Under normal circumstances, in today’s partisan political environment, their most conservative supporters would not vote for anyone who helped pass a Democrat-backed initiative.

How times have changed!

Currently, there is only one hurdle preventing bipartisan passage of an infrastructure bill. Republican congressional leaders want to wait to understand the impact that the $2 trillion Cares Act stimulus package has on the U.S. economy before they finalize and approve any more spending. They don’t disagree with the infrastructure initiative — they’re only practicing fiscal caution.

The caution is a bit surprising because both Democratic and Republican voters heartily support improvements to the nation’s infrastructure right now. Another plus is that infrastructure spending seems more like an investment in the nation’s future rather than a bailout.

On top of all this, an infrastructure package has broad support from centrist Republicans and Democrats. The bipartisan Problem Solvers Caucus, made up of 24 House Democrats and 24 Republicans, encouraged infrastructure spending as part of the recently passed $2 trillion Cares Act. However, it was not included in the final bill because the legislation was already quite complex.

At this point, it seems likely that any bill would include funding to help repair and replace the nation’s badly deteriorating bridges and roads. It would also promote public health by increasing hospital capacity, something that the coronavirus pandemic has shown the nation needs more of. In addition, it will likely include spending to expand broadband across the country, another gap revealed by the pandemic when people have needed to virtually connect with medical personnel and work and learn from home.

It will also help solve the clean drinking water problem faced by many American cities by paying for new pipelines and water distribution systems. Politicians are also advocating for school construction projects to replace ones built during the Great Depression in the 1930s and the baby boom of the late 1940s and 1950s.

All these projects — a combination of old-school and cutting-edge infrastructure — will create jobs all over the United States, across all economic and social classes. They would help offset recent record job losses. It could make a big difference to people and businesses in the bridge industry for years — and maybe decades — to come. It’s something that everyone in a divided America should be able to align on.