This quiz will help you understand how much you know about the most common and arcane aspects of bridge and utility history, design, construction, inspection, and maintenance. Share it with your coworkers and compare your results!

Countless bridges claim to be “the longest.” However, varying measuring standards across the globe make difficult to determine the actual record holder. Since it’s hard to identify the ultimate “longest,” match each of the following bridges with the category it holds the record length for.

Which of the following is closest to the total number of bridges in the United States?

[expand title=”Answer”]600,000. According to the latest edition of the Report Card for America’s Infrastructure, there are currently 607,380 bridges in the U.S.
[/expand]

According to the Report Card for America’s Infrastructure, how many vehicular trips are taken across structurally deficient and functionally obsolete bridges each day?

[expand title=”Answer”]200+ million. The National Bridge Inventory Database defines a structurally deficient bridge as one with single or multiple defects to be addressed. A functionally obsolete one is structurally sound but inadequate for its purpose. The reasons for this could include things like not having enough lanes to meet current traffic requirements, inability to support heavy modern vehicles, or not providing adequate shoulder space to handle emergencies.

Which of the following bridges has become a tourist attraction because it’s also a fountain? 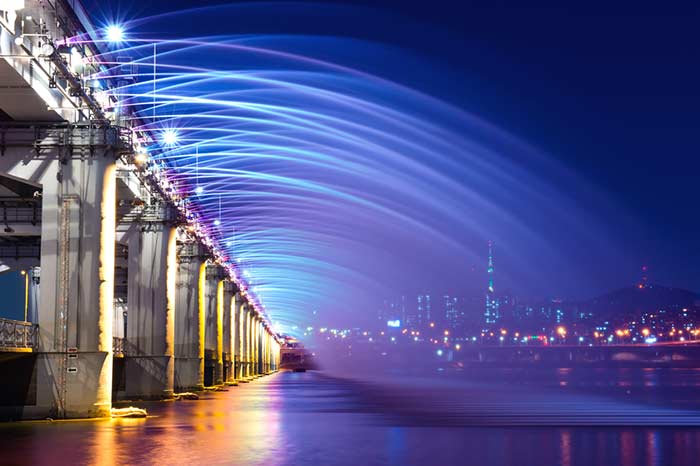 The Banpo Grand Bridge over the Han River in Seoul, South Korea has 380 nozzles that send 60 tons of water cascading 140 feet horizontally and 65 feet downward into the water below every minute. In the evening, LED lights illuminate the water, which moves in time to 100 different pieces of music. The bridge is just over 3,740 feet long.[/expand]

LEGO fans compete to build big structures using the colorful toy blocks. A model of which of the following bridges currently holds the record for the largest LEGO model?

A model of the London Bridge, built using almost six million LEGO components, holds the record for the largest LEGO structure. It took people affiliated with the auto company Land Rover more than five months to plan and construct it.[/expand]

In what year was the oldest still-operating bridge in the United States constructed? 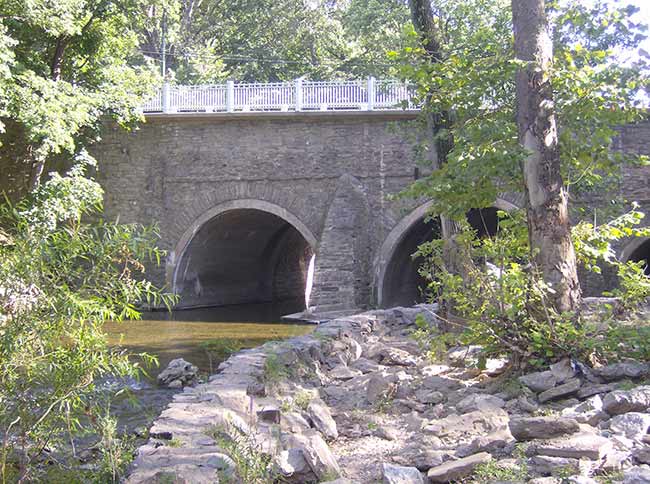 The Frankford Avenue Bridge (sometimes referred to as the Pennypack Creek Bridge) was built all the way back in 1697 in the Holmesburg area of Northeast Philadelphia. The three-lane bridge still carries a significant amount of traffic over Pennypack Creek every day.

The original purpose of the bridge was to connect William Penn’s mansion with the new city of Philadelphia. It was part of the first major bridge construction project in the United States, designed to link cities in the Northeast. It has been regularly improved over time to meet new traffic needs. The bridge has been on the National Register of Historic Places since 1988.[/expand]

True or false: Utility lines supported from bridges are safe and secure because they’re usually isolated far underneath the structure. This protects them from weather, construction damage, human tampering, and other unexpected events.

[expand title=”Answer”]False. Utility lines are vulnerable, even if they’re hung under big, expansive bridges. They need to be supported correctly and protected by caging systems specifically designed for this purpose. Otherwise, they could be damaged by hurricanes, floods, winds, earthquakes, terrorists, and accidents. Utility infrastructure is a big investment that communities depend on, so it’s worth protecting it.[/expand]

What state has the most covered bridges? 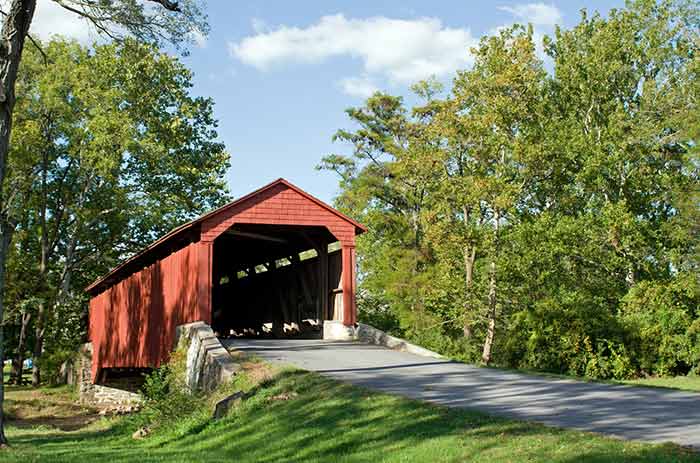 The 1992 novel, “The Bridges of Madison County,” (and subsequent 1995 movie) made the covered bridges of that Iowa county among the most famous in the nation. However, according to the Covered Bridge Society, Pennsylvania is home to the largest number of these charming structures, with 213. Ohio is second with 148. When it comes to one county, Parke County, Indiana is the leader with 31 covered bridges.

Thanks for taking the quiz! We hope you learned a thing or two and have come to further appreciate the strength and beauty of bridges.