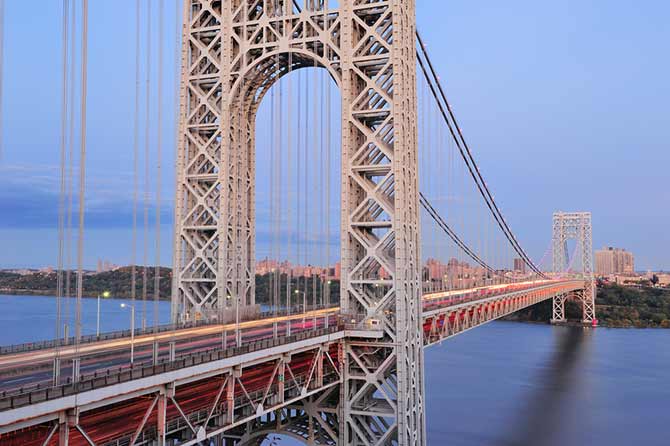 Today, thousands of miles of piping, cable, and other utility infrastructure spans bridges all over the world, transferring water, electricity, cable, data, and other critical services across rivers, lakes, bays, valleys and highways.

Let’s take a look at the close relationship between bridges and utilities throughout history.

Simple bridges made it easier to gather supplies to make fire

We can trace the earliest known form of a “utility” back more than 125,000 years. That’s when early human ancestors learned to use fire to cook, heat their living spaces, and make pottery.

There’s evidence that the hunter-gatherers of this era used simple planks and wove together vines to build basic bridges to cross spans so they could reduce the distance required to carry sticks, rocks, dried grass, and other fuel for fire to their living spaces. This is the first example of “utilities” being carried across simple bridges. 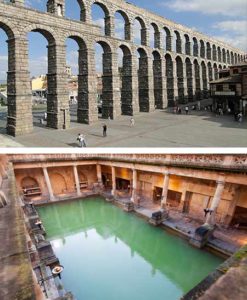 Aqueducts are man-made channels built to move water from one place to another. They can take the form of canals, pipelines, inverted siphons, reservoirs, and tunnels. The best known aqueducts were bridges built by the early Romans to move fresh water from the mountains to cities, where it was used for bathing, drinking, cleaning, cooking, running fountains, and more.

Rome’s first aqueduct (built around 300 B.C.) supplied a water fountain located at the city’s cattle market. By A.D. 300, the city had 11 aqueducts, providing water for more than a million people. Many of the Roman aqueducts still survive today.

The water closet and the need for fresh water & sewage systems 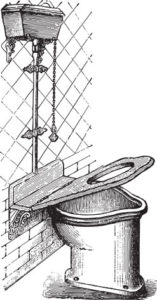 The next big factor that drew together utilities and bridges was the increasing demand for water in rapidly growing cities, coupled with the introduction of the water closet in the 1800s. Unfortunately, run-off from water closets contaminated wells, rivers, and other urban fresh water supplies. This caused very serious diseases to develop in major cities.

Through the late 19th and into the early 20th century, cities began using water purification and distribution systems. Fresh water and waste were carried through pipelines that often needed to cross lengthy spans. Engineers discovered the easiest and most cost-effective way to do this was to leverage the iron work bridges springing up around cities.

Electricity and the need to get power from place to place 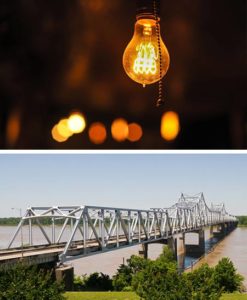 In the late 1870s and early 1880s, the first electricity for commercial use was generated in San Francisco, Grand Rapids, and Niagara Falls. Power lines were required to move electricity to locations where it could be used to light streets, homes, and workplaces.

Engineers turned to bridges to string these lines across spans. Modern cantilever and suspension bridges provided open and clear spaces that made it easier to do this than old-fashioned arch and iron bridges with their more dense and solid structural supports. 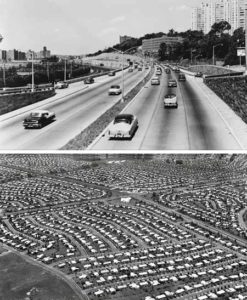 Throughout the 1950s and 1960s, the United States went on a highway building boom to meet the needs of suburbanization and a rapidly developing car culture. Broad roadways cut through cities and major urban areas. This made it challenging to connect utility services across these wide paved expanses.

Utility firms used bridges built over these highways to string wires and pipelines so services could be provided to communities and neighborhoods separated by these new roads. 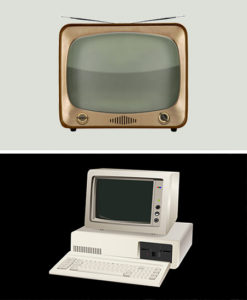 Cable television originated in the U.S. in 1948 to improve television reception of over-the-air signals in mountainous and remote areas. At the time, community antennas were built on mountain tops and other high locations, and cables connected these towers to homes so they could receive broadcast signals. Bridge infrastructure was used to string these cables across valleys.

By the late 1950s, cable operators began to take advantage of their ability to pick up broadcast signals from hundreds of miles away, which shifted the focus of cable from transmitting local broadcast signals to providing new programming choices.

Since then, cable has gone through a big period of innovation and become the key way television signals and a vast array of other data and information is transmitted across American and the world. Clean contemporary bridge designs make it relatively easy to integrate cables into their structures. 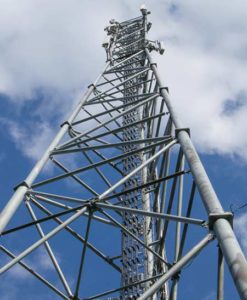 Today, more people receive information through smartphones and tablets from cellular services than any other source.

Believe it or not, the first mobile phones can be traced back to the turn of the 20th century. It advanced as a vehicle-based technology during World War II. The first hand-held, non-vehicular cellular phone was introduced in 1973.

It took well into the 1990s and beyond for the technology to really take off. Once it did, cellphone transmission devices and towers began to pop up across the landscape. In order to function effectively, they must be located in open and prominent locations. However, most people consider them unsightly. Over time, bridges were identified as open locations that cellular infrastructure could be integrated into in a less obtrusive way.

The risk and a solution 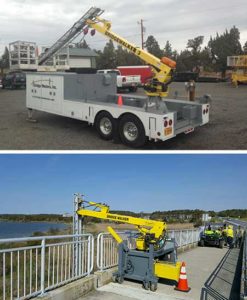 Supporting pipes and stringing utility lines across bridges is risky (yet essential) business. Workers need to hang off the sides of bridges in order to get the job done.

That’s why utility companies, contractors, and developers have worked together to design special equipment and tools that make doing the job safer and easier. This includes bridge access machines like the patented Bridge Masters Bridgewalkers, which safely place workers up to 20 ft below a bridge, even in tight spaces.

If you need help selecting the right equipment to do your bridge utility work, contact an expert. They can give you the advice you need to get the job done right.

Bridges and utilities have a long integrated history, and it is likely bridges will continue to be used to transmit utility services over substantial distances for the foreseeable future. Plus, aging bridge and utility infrastructure is being replaced all the time.

Utility companies, engineers, and bridge contractors should contact an expert that understands how to suspend, protect, and install utilities off bridges correctly and safely.