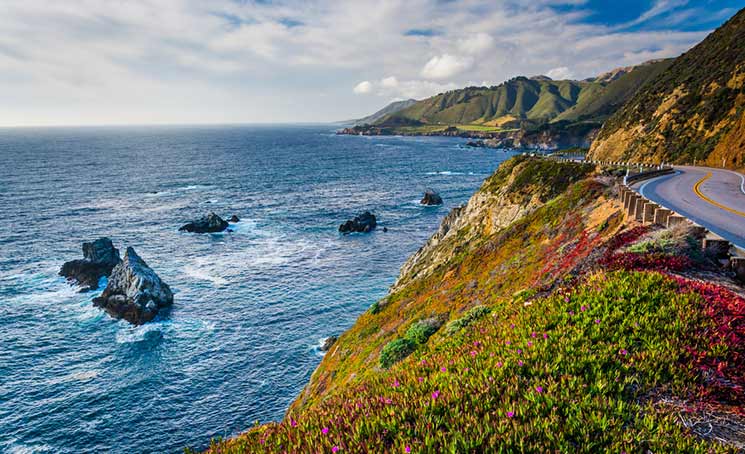 Relax, grab a cup of coffee or tea and sit down for some industry news for the month of October!

An extremely unpopular bridge span in the New York City metro came down in an extraordinary controlled explosion on Oct. 1.

The 78-year-old Kosciuszko Bridge, a part of the Brooklyn-Queens Expressway, connected the two boroughs over Newtown Creek. It was designed to handle 10,000 cars each day. Over time, more than 180,000 were crossing it most days.

The structure has been replaced by a far more efficient and elegant cable-stayed bridge. The main span of the old bridge was removed in July, leaving the approach ramps on either side.

The ramps, each approximately 1,500 feet long, were wired with explosives. The ground beneath them was covered with shock-absorbing sand. When the explosives were detonated, 22 million pounds of steel collapsed into the sand base below.

In February, a man walking underneath the Pfeiffer Canyon Bridge noticed structural damage to the pillars. The bridge was shut down then demolished in March. In the meantime, volunteers joined forces and built an access trail for residents and employees. 8 months later, the bridge is set to open.

See pictures of the bridge and it’s beautiful surroundings here.

Take the hike of a lifetime!

A new bridge near Randa, Switzerland, was developed to cut several hours off a hike through the Alps.

It goes well beyond that, providing one of the most amazing and awe-inspiring shortcuts ever. The bridge offers those who cross it a dramatic hiking experience with unobstructed views of the Matterhorn, Weisshorn, and Bernese Alps.

The Charles Kuonen Suspension Bridge spans almost one-third of a mile at a height of 280 feet in some sections. It holds the record for the world’s longest pedestrian suspension bridge.

This story and video from CBS News shares the experience of a group of hikers from Denver who traverse this awesome crossing. Check it out.

The world’s most terrifying bridges

We’re nearing Halloween, a time when most people enjoy being scared. And for many, bridges can be frightening things — REALLY frightening. Check out this compilation of anxiety-producing bridges from across the world!