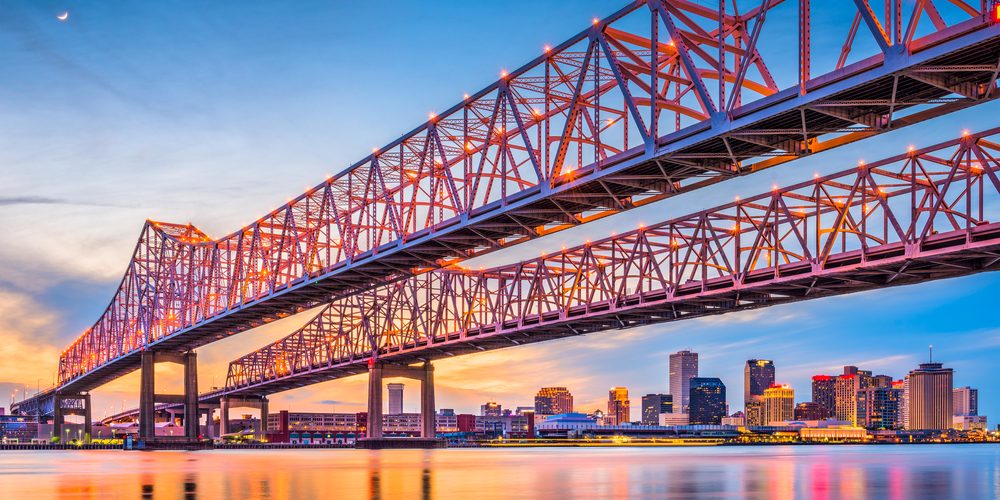 When — or if — an infrastructure bill gets passed by Congress, many states already know what bridge, road, and tunnel projects they plan to spend the money on. In this article, we look at how the funds will be distributed to the states based on the current $1-trillion bill and several of the top transportation projects already being planned across the United States.

California, Texas, and New York get the most cash if the latest funding bill makes it to President Biden’s desk to sign into law. But less populous states, such as Montana and Alaska, will also benefit because they will get the most money per capita.

According to the latest plan:

While these are not hard-and-fast numbers, they are indicative of how the money could be distributed once the bill is approved.

The calculations that determine how much money one state versus another receives from the special infrastructure spending bill is set by statute and can change slightly over time as lawmakers update spending models. Population is the biggest factor that goes into the calculations, but other things are considered, such as population density, number of large cities, commuter rail availability, and amount of bus service.

The states will be mostly responsible for how they spend their infrastructure dollars. Some are already planning for it. Here are a few examples of bridge, road, and tunnel projects that could be funded by the infrastructure plan.

Transit officials in Louisiana have dreamed about a new bridge across the Mississippi River near Baton Rouge for decades. They haven’t moved ahead due to a lack of funding. The Coast Guard has identified five possible sites:

Each option will require an environmental impact and efficiency evaluation, which would be the next step if infrastructure funds are released. The state estimates that a new bridge and connecting ramps or interchanges would cost just over $1 billion, and officials expect that the project will take three to five years to complete after the environmental and efficiency studies are ready.

The Blatnik Bridge connects the twin ports of Duluth, Minnesota, and Superior, Wisconsin, over the Saint Louis Bay. The viaduct was opened in 1961 and is approaching what transit experts consider the end of its usable life. Officials at the Transportation Department of Minnesota are planning for when they receive infrastructure funding by studying whether to repair or replace the bridge. The cost of the project is currently unknown.

Interstate 94 was constructed in the 1960s to provide a fast automotive connection between Minneapolis and St. Paul. Like many highway projects developed during the period, it badly disrupted urban areas, tore apart neighborhoods, and forced businesses to close down.

Today, many of these roadways, including I-94, are being reconsidered and replaced. Currently, the state is asking for input from people in impacted neighborhoods on what to do next with the highway. This is in preparation for the possible release of infrastructure funds. The project will likely involve building new roadways, bridges, and tunnels to reconnect neighborhoods that have been broken apart for a half century.

The Biden administration has made railway repairs a top priority when it comes to infrastructure. One of the biggest railway problems in the United States is the Gateway Tunnel between New York and New Jersey. It was structurally damaged during Hurricane Sandy in 2012, and ever since, it has created a bottleneck in train service between the two states and throughout the northeast corridor. It could cost up to $13 billion to repair and improve the tunnel. The infrastructure bill could be the next great hope that the work finally gets done.

Oregon and Washington: I-5 bridge replacement

The Interstate 5 bridge connects Oregon to Washington over the Columbia River. Addressing its structural issues has been a big priority for transit officials in both states. One of the bridge spans is more than 100 years old. Experts believe that the two current bridge structures are at risk of collapsing if there is ever a major earthquake in the area.

Tens of millions of dollars have been spent studying the bridges and options for their replacement. Political issues have gotten in the way of actual construction work commencing several times in the past. Now things seem to be different. The dangerous condition of the structures has encouraged the desire to build a new seismically sound bridge with additional features, like bicycle lanes and pedestrian walkways. The current estimated cost for the project is between $3 and $5 billion, and work would likely start as soon as infrastructure dollars are distributed.

As part of its commitment to expanding passenger rail service, Virginia is planning to add a rail bridge across the Potomac River. The new bridge would run parallel to the existing Long Bridge, which connects the District of Columbia with Virginia. The original bridge will carry freight trains. The new one will be dedicated to passenger rail service. This will increase capacity for both types of trains.

The existing Long Bridge was completed in 1904 and modified in the early 1940s. It’s the only railroad bridge between Washington and Virginia and one of the most congested train locations on the east coast, limiting travel throughout the entire region. This single project could make a huge difference in expanding rail service in the eastern United States.

Virginia officials have been looking into ways to improve Route 1 in Crystal City. It’s part of a major corridor that carries more than 45,000 vehicles each day between Washington, D.C., and Arlington county in Virginia. Amazon is expanding its operations in the area, which will increase congestion in the years to come. The planners involved with the project want to redesign Route 1 to eliminate traffic backups while adding safe spaces for cyclists and pedestrians. They also hope to reconnect neighborhoods using bridges and tunnels wherever possible. There is currently no budget or funding for the project, but it’s likely that federal infrastructure dollars would provide some of the money to pay for it.

Believe it or not, Corridor H, a segment of the Appalachian Development Highway System that was supposed to stretch across much of West Virginia, has gone unfinished for more than 50 years. Up until recently, work on it was not expected to resume for at least another 10 years.

The infrastructure bill could change all that. More than $2 billion has been set aside for the complete Appalachian highway project, with $195 million earmarked for Corridor H.

Officials in Wyoming are considering a plan to bore a tunnel through the Teton Pass. The new tunnel would divert vehicles from the current route, Wyoming Highway 22, which winds through dangerous mountains. In the winter, the highway is closed to heavy commercial traffic because of the ongoing threat of avalanches.

Under the latest plan, the tunnel will pass through the southern section of the Tetons. That will enable vehicles to entirely avoid climbing through to the mountain tops and bypass the curves and steep grades that make up the existing route. Funding for the project has been unavailable, and a precise cost is still uncertain, but federal infrastructure funding could jumpstart the work.