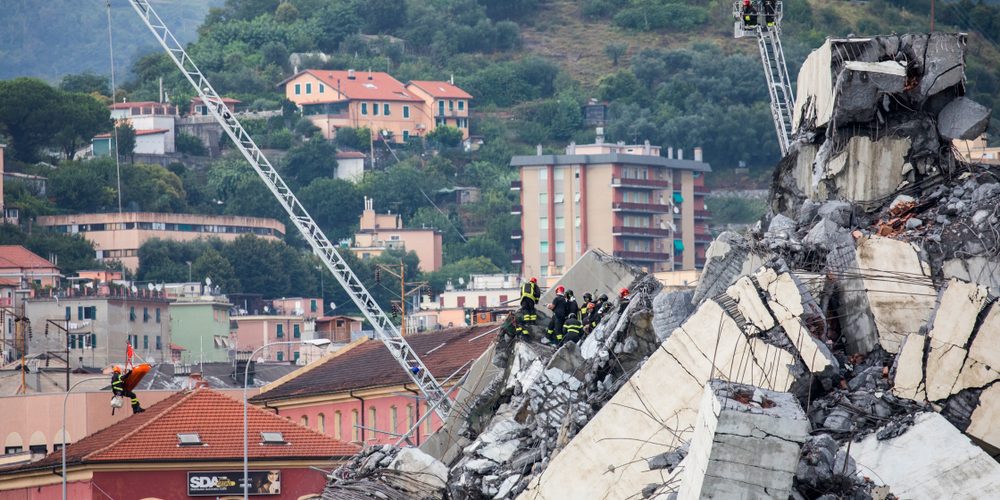 The Morandi Bridge, a 50-year-old structure that was part of a highway system connecting the city of Genoa in Italy to France, collapsed on Aug. 14, 2018, during an intense rain storm.

Dozens of vehicles fell onto a riverbed, railway, and two warehouses below the bridge, causing significant physical damage. More than 40 lives were lost.

Check it out: Security camera footage documents the collapse of the Morandi Bridge.

While experts continue to investigate the reasons for the collapse, many people have theories about why the structure came down. Like many bridges across the globe, there were signs that the Morandi Bridge could fail.

In this article, we’ll share some of the warning signs experts saw prior to the Morandi Bridge failure. This could help bridge managers identify issues with other structures and prevent future calamities.

This important connector, completed nearly 50 years ago, was named for its designer, Riccardo Morandi. It was a cable-stayed bridge, which means sections of the roadway were cantilevered from towers and supported by stays. This design is generally considered a cost-effective option for mid-sized bridges. 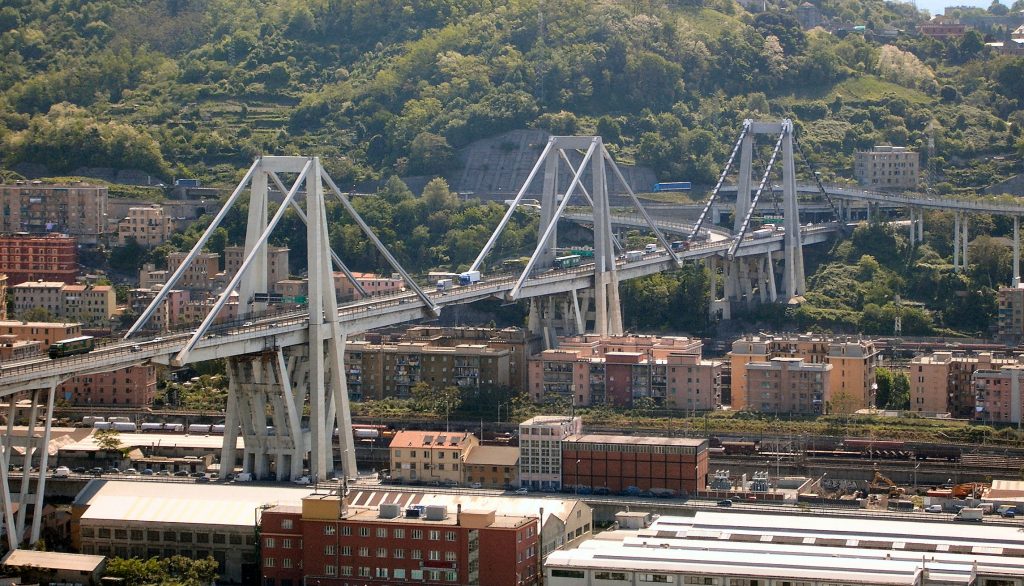 The Morandi Bridge prior to collapse. Notice the significant amount of infrastructure beneath it.

Morandi Bridge by the numbers

Cable-stayed bridges are more common today than a half century ago, when they were a relatively new concept. The Morandi bridge was somewhat unique because the stays used on it, which are critical for supporting the structure, were made of concrete reinforced with steel tendons. Adding steel enables the concrete to handle the bending and stretching that comes with supporting a roadway.

This type of construction is no longer common. Newer bridges of this type use steel cables, which are more flexible, stronger, and more durable than reinforced concrete.

There is another major structural difference between the Morandi Bridge and newer ones. It was built with only one pair of cable stays supporting each section of roadway. Those built today usually have many more. (For example, the Tappan Zee Bridge, a cable stay bridge nearing completion north of New York City, has 12 pairs of cable stays holding up each section, 24 in total, rather than just two.)

Sections of roadway are cantilevered from towers and supported by stays.

This is important because the Morandi Bridge did not have the redundancy built into it that today’s structures do. While it has not been determined that the number of stays was a contributing factor to the collapse, a bridge with multiple stays per section is better able to survive should one fail or become stressed because of a shift in load, accident, or extreme weather event.

By studying bridge failures, engineers have learned that adding structural redundancy can help prevent what’s known as “the domino effect.” This happens when damage to one bridge component causes others to fail, much like when one domino knocks down others positioned near it, turning into a chain reaction.

Possible reasons for the collapse

While still under investigation, experts point to many issues that could have triggered the failure of the Morandi Bridge: 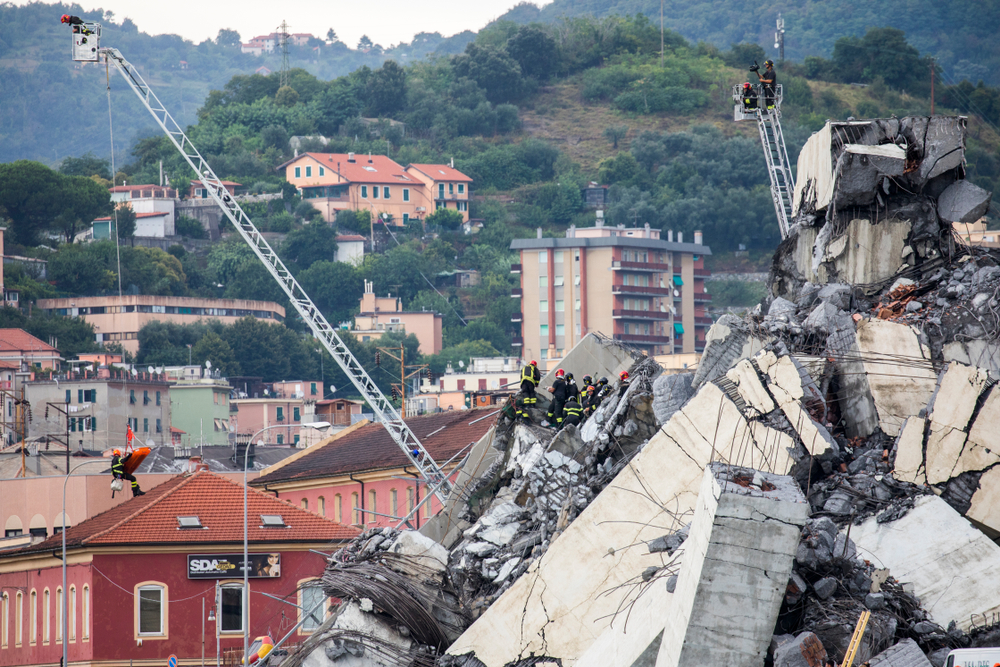 What can be learned from the Morandi Bridge failure

Consider the factors that could have contributed to the Morandi collapse to help prevent future bridge failures. Ask yourself:

The Morandi Bridge collapse was a tragic event. The best thing that can come from it is using the signals that pointed to its failure to prevent future calamities.