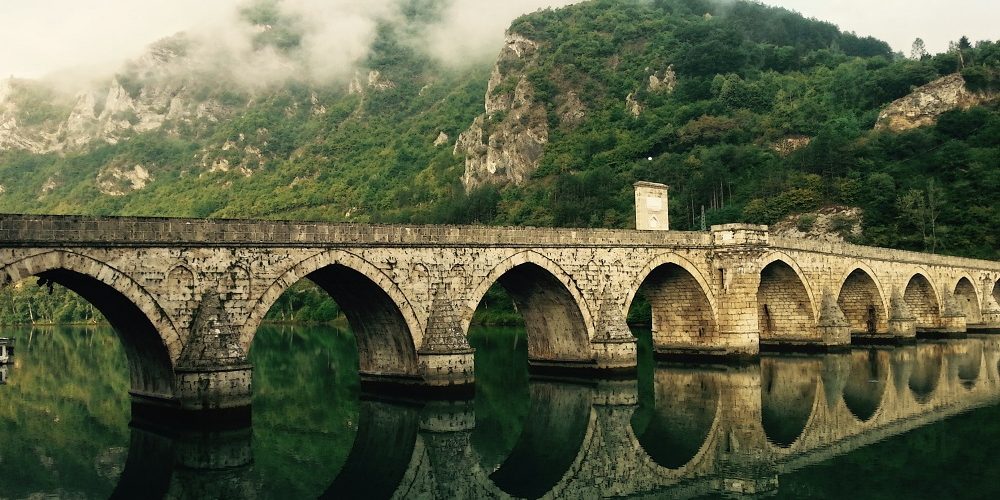 Concrete is used on most bridge construction and repair projects. And it’s about as lifeless as anything on the planet.

For hundreds of years, bridge builders have produced concrete in essentially the same way. They mix hard substances like sand or gravel with binding agents that hold the particles together once the mixture dries and hardens. The only real changes to the formula and method of making it are small scientific advances that have resulted in harder, more durable, and longer-lasting concrete.

What if the future of concrete and bridge building and repair could be revolutionary rather than evolutionary?

Imagine the possibilities if you could grow concrete rather than manufacture it.

Recent news reports reveal that researchers at the University of Colorado have created a new type of concrete: It’s alive and able to reproduce, repair, and replicate itself.

The new concrete is not created by mixing materials together and having them harden through chemical reactions. Instead, it’s produced by cyanobacteria. They grow concrete by capturing and expending light energy through photosynthesis. Unlike regular concrete, the production of this new form absorbs carbon dioxide rather than emitting large and dangerous amounts of it, making it environmentally friendly.

Because of the biological process used to produce it, the living concrete is a bright shade of green rather than grey. Over time, the color fades as the material ages and dries.

How the new material was invented

For years, researchers have looked for ways to use biological processes to produce concrete. They sought ways to self-repair cracks, which would improve the structural integrity of bridges while lowering maintenance costs.

The issue: Traditional concrete is not a hospitable environment for introducing bacteria-producing concrete.

The solution: The new form of concrete is completely produced by bacteria. The bacteria can be kept alive in the structures built from it so the concrete can repair itself over time.

As a first step to finding a solution to this problem, scientists created the first generation of living concrete. They placed cyanobacteria into a mixture of water, sand, and nutrients. The microbes absorbed light and started producing calcium carbonate, which cemented the sand particles together. It resulted in viable concrete, but the process was too slow for use in construction projects.

Researchers had to find a way to speed up the growth process.

One idea was to add gelatin to the mix. When gelatin is dissolved in water and cooled, its molecules bond together quickly, much like in a Jell-O dessert. In addition, the hardening temperature for gelatin supports bacterial activity.

When gelatin was added to the original living concrete mix, poured into molds and cooled, it formed bonds faster. In addition, it made the new form of living concrete stronger.

It only takes about a day for the new material to form. Small cubes are strong enough for a person to stand on but are relatively weak compared to typical concrete. Larger blocks and structural elements are much stronger and could potentially be used on bridge construction and rehabilitation projects. Scale makes the material more durable.

When pieces made from the living concrete are stored in relatively dry conditions at room temperature, they reach their ultimate strength within a few days. Over time, the bacteria become inactive — but they are still alive. When they’re exposed to higher temperatures, humidity, and light (as they would be on most bridges), the bacteria become active again.

To understand the possibilities of this new material, scientists have shown that a block made from it can be cut in half, be placed into a new mold with additional raw materials, and reform itself into a complete block. So far, several generations of new concrete pieces have been replicated from fragments of old ones.

There is another advantage of this new process. Most traditional concrete used in construction projects must be made from virgin sand accessed from waterways. This type of sand is in short supply across the globe. The living form of concrete is not dependent on it. The new concrete can be generated from many different substances, including waste materials like used glass or old concrete.

Living concrete could be perfect for building bridges in remote or challenging areas. Components can be grown on site, eliminating the need to truck in bulky materials.

Researchers are looking for ways to make the new concrete stronger so it can be leveraged on more types of projects. They want to find out how to keep the bacteria alive in extremely dry environments. They’re also looking for other types of bacteria that are capable of creating building materials. Scientists want to find novel ways to produce living concrete components so they’re easier and more efficient to pack and store.

If researchers find solutions to these issues, living concrete components could identify their own structural problems on bridges and fix themselves. The future is unlimited for living concrete.