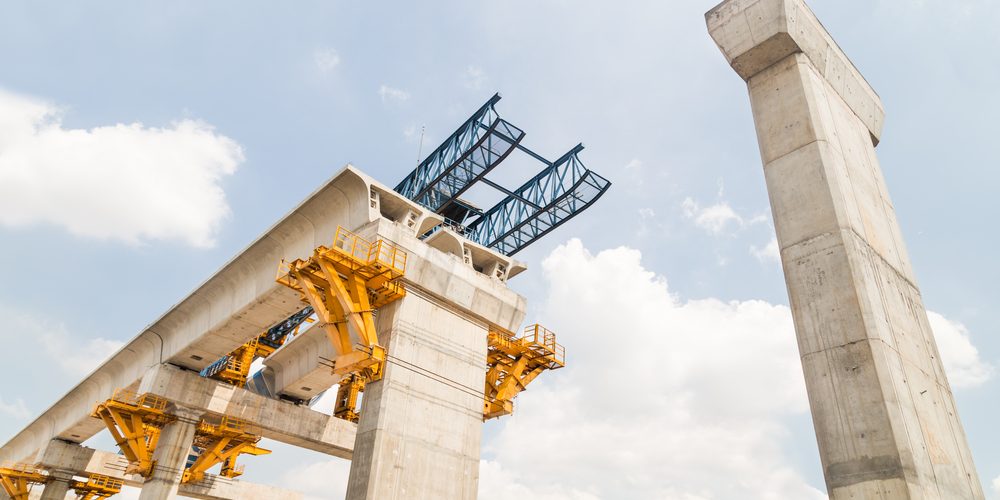 During this year’s State of the Union address, President Trump challenged Congress to pass an infrastructure bill to fund improvements to the nation’s bridges, roads, and other transportation items that people depend on every day.

It wasn’t one of the primary themes of his speech, but it’s an issue he’s brought up many times before, most notably during his election campaign and last year’s infrastructure-themed week.

Unfortunately, at a time when the Infrastructure Report Card describes its condition as critical, a push to repair and replace the nation’s bridges, roads, seaports, airports, telecommunications systems, broadband access, and utilities has been little more than a presidential talking point.

The one infrastructure proposal offered by the Trump administration was broadly viewed as dead-on-arrival. It was light on details, costly, and based on an unpopular funding method.

The plan included a minimal $200 billion in federal money that would be used to incentivize states and private businesses to contribute another $1.3 trillion in infrastructure spend. In other words, the federal government dollars would be used to encourage states to invest in their own projects and for tax incentives to get private companies to partner with local governments on development and repair efforts.

The focus on public-private partnerships and the scope of the proposal prevented many members of Congress — both Democrats and Republicans — from even considering it.

In addition, Republicans from smaller, less populated states believe it would be impossible to secure private funding in rural areas. That’s because it wouldn’t be profitable for private funders to invest in little-used bridges and roads. They typically make money on projects because they charge tolls or fees for using the bridges, roads, and other infrastructure they develop. Rural projects get too little use for them to recoup their investments.

Recent news stories suggest the President may not have been comfortable with the public-private partnerships in the administration’s plan either. The Wall Street Journal reports that he does not want the current proposal to go forward.

So, what does this mean at a time when the American public, many members of Congress, and the President want significant improvements made to the nation’s infrastructure?

According to the latest reporting, high-level officials at the White House have tried to come up with a new plan that does not include, or limits, public-private partnerships, but little has come of it.

For the last two years, all three branches of government have been controlled by Republicans. It would have been easier for the administration to agree to a plan based on Republican ideology to get some sort of infrastructure bill passed, even if it was for less than the $1 trillion-plus figure the president has referenced in his communications.

Things may have gotten more complicated now that government is divided and Democrats control the House of Representatives.

Or, have they gotten easier?

The reality is that the Trump administration may be open to a proposal developed by Democrats in Congress rather than coming up with one of their own. They might welcome a big win that addresses the popular infrastructure issue.

The only two things the administration seems to be requiring from a plan is that it provides at least $1 trillion in funding and that it not be based on public-private partnerships.

The administration, most Democrats, and some Republicans might be able to agree that debt funding as an alternative might make good economic sense.

Infrastructure spending would increase employment in the construction sector, improve wages, and increase economic efficiency because businesses and consumers would no longer have to work around poor infrastructure. Most economists and many politicians find these good reasons for government to take on more debt, even at a time of economic prosperity and low unemployment, when governments typically don’t borrow. Doing so would also benefit all parts of the United States, not just areas that can afford to self-fund infrastructure initiatives.

After the debacle of the government shutdown over the recent budget funding bill, it may be more likely that Congress and the administration would be interested in closing a deal that benefits the American public. However, the shutdown could have created so much animosity between the two parties that it could be impossible for them to come to a consensus, which means the issue would be put off until after the 2020 elections.

With the future of infrastructure so uncertain, it’s important that you keep up with national and local news on this subject. Also, check back with us for updates on this ever-evolving issue and how it could impact your business in the future.