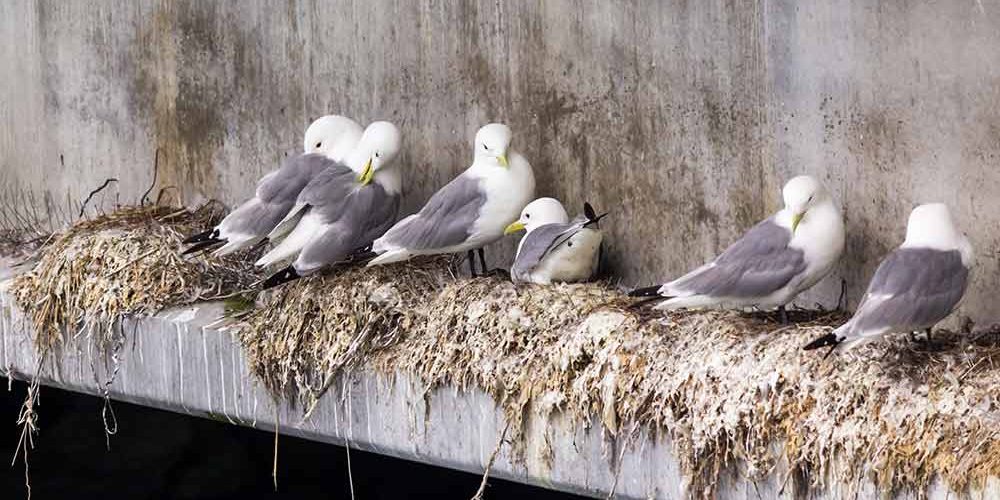 Bridges are large, highly-engineered and complex structures. One thing that can bring a bridge-related inspection, construction project, or utility installation to a halt: A bird nesting in the wrong place at the wrong time.

For almost a century, hundreds of bird species have been protected by federal and state governments and Native American tribes. These protective measures can have a major impact on bridge-related projects: 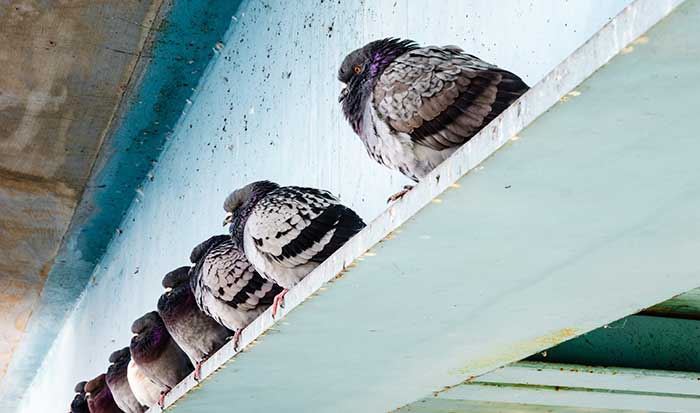 What’s behind this? To protect native North American birds, laws make it a federal offense to move or destroy an active nest.

An active nest is defined as one with eggs or a brooding adult bird living in it. If a nest has been abandoned or there are no eggs present, it can be removed and destroyed as needed.

Nests of invasive bird species (those not native to the U.S., such as house sparrows or European starlings) are not covered by federal laws.

The first law protecting birds in the U.S. was the Migratory Bird Treaty Act of 1918. The treaty was signed between the United States and Great Britain, acting on behalf of Canada.

The law was enacted to protect migratory birds native to North America. It makes it illegal to pursue, hunt, take, capture, kill, or sell any birds off a defined list of 800-plus species that travel between the U.S. and Canada. The statute is a tough one: it covers living and dead birds and protects many things related to covered species, including feathers, eggs, and nests.

Contractors and others doing bridge-related work should be aware that the majority of active bird nests are protected under the act. Specifically, it makes it illegal to destroy a nest that has eggs or chicks in it or if there are young birds present that are still dependent on it for survival. It takes a special (and difficult-to-get) permit from the U.S. Fish and Wildlife Service to bypass it. (One of the few exceptions: some Native Americans are exempted from the law for certain tribal ceremonies.)

The penalties for violating the act are severe. If someone is found guilty of a felony-level violation, they could face up to two years in prison and $250,000 in fines. A misdemeanor could lead to six months in jail and $15,000 in fines.

Not related to bridges, but an interesting fact about this law: It’s illegal for anyone to keep a protected nest they take out of a tree or find on the ground unless they have a special permit to do so. 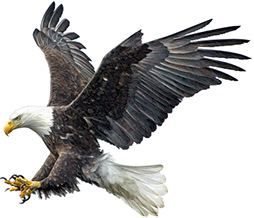 Another bird-protection law that often affects bridge workers is the Bald and Golden Eagle Protection Act. The original law was enacted in 1940 in response to a decline in the eagle population. This has been a critical issue because the bald eagle is the symbol of the United States.

The act protects both living and dead bald and golden eagles, their eggs, and nests. Penalties can include up to two years in jail and $10,000 in fines.

One other related law is the 1973 Endangered Species Act. It prohibits activities that could harm plants and wildlife that are endangered anywhere in the world (not just in the United States). Penalties for violating the act could include up to a year in jail or up to $50,000 in fines.

On top of national laws, many states and Native American tribes have their own statutes designed to protect birds. They are often stricter than federal ones and usually provide special protection to wildlife that is unique to a state or region.

Contractors, bridge operators, and utility companies should be aware that courts have expanded protections under the laws in ways that could affect them. The laws as written suggest that the willful death of a bird or destruction of a nest could result in investigation, prosecution, and penalties. The courts have expanded this to include, in certain cases, preventable accidental deaths to birds from things like power line shocks or wind farm accidents. That means if some aspect of a bridge causes protected birds to die or nests to be destroyed, municipalities, bridge designers, or contractors could be held responsible.

What can contractors and officials do?

1. Know the law. Before coming into contact with any bird or removing a nest, find out whether doing so is legal based on national, local, and tribal wildlife laws. Always assume that any contact with a bird’s active nest could lead to serious legal issues. There are only two types of nests that are safe to move or destroy. The first are those that have been abandoned or have no eggs in them. The second are nests of invasive species, because they’re not protected. Consult with an experienced legal counsel or wildlife expert to avoid problems.

2. Train employees. Ensure that everyone you work with understands bird protection ordinances. Make it clear that extreme caution is critical. They should always check with a supervisor before coming into contact with birds or questionable nests.

3. Never take chances. With project deadlines it may be tempting to move an active nest, but it’s simply not worth the risk. These laws are in place for good reason – to protect innocent wildlife and their future generations. Some may assume their actions will go unnoticed, but this is often not the case. Wildlife officials are often aware of protected nests and overseeing things closely.

4. Take care when scheduling projects. One of the best ways to avoid issues is to plan projects when birds aren’t laying eggs or raising their young. This can be a challenge in certain climates with short construction seasons, but it’s an option worth considering.

When you can move a nest and how

The only approved reasons for removing a protected nest include:

If birds have built a nest in a dangerous location, contact your local wildlife officials before removing it, and try to discourage them from rebuilding in the same spot. If a precarious nest already has chicks or eggs in it, contact a bird rescue organization. Many are able to take in baby birds until they’re old enough to make it on their own. It might also be possible for them to move the nest to a safer location nearby. Most bird parents should be able to find the moved nest and raise their young.

Some nests should never be removed. These include nests from:

Always take care when you remove a nest:

If you don’t want birds rebuilding in an area after you have removed a nest, change the shape of its surface to make it less welcoming. If you have an issue related to utility infrastructure under bridges, building protective structures could help prevent reoccurrence of the problem.

Taking steps to avoid having protected birds nest on or near bridges is a good way to save our wildlife, as well as avoid significant project delays and complex legal issues.