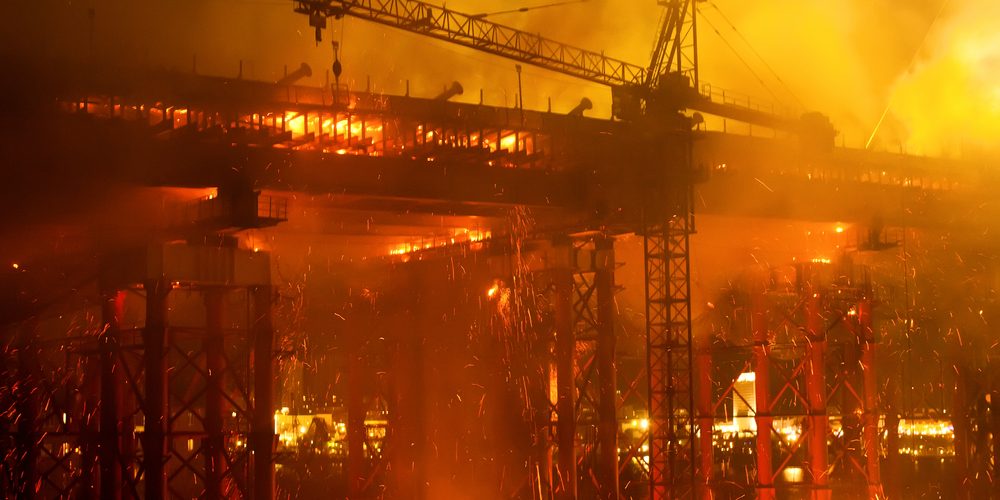 Scientists, engineers, and designers have primarily focused their fire protection efforts on buildings and tunnels. People are concerned about being trapped in enclosed spaces when fires break out. In addition, repairing or replacing skyscrapers, shopping centers, hotels, apartment buildings, homes, and tunnels after fires is difficult and costly.

Experts have spent less time — and put less effort — into protecting bridges and other open structures against fire damage. However, extreme wildfires are becoming regular occurrences that compromise and destroy bridges. Plus, viaducts are regularly impacted by accidents that lead to fire damage and ultimate structural failure.

The economic impact of bridge fires is becoming significant.

It’s time for scientists, engineers, and designers to work together to prevent bridges from being harmed or destroyed by fires. Investing in fire damage prevention now could pay off in a big way in the future.

In this article, we’ll look at the economic impact that bridge fires can have and what has to happen to limit it.

Did you know: Fire blankets are one of the most advanced solutions available today that’s proven to protect bridge infrastructure against damage from exposure to extreme heat?

How much damage can fires do to bridges?

Two recent studies (Fire Hazard in Bridges: Review, Assessment and Repair Strategies from 2012 and Detailed Analysis of the Causes of Bridge Fires and Their Associated Damage Levels from 2017) reviewed 165 fires that took place on or near bridges between 1997 and 2015.

Of the 165 bridges impacted, nine steel structures and 15 wooden ones collapsed. In addition, 35 others were damaged so badly, they had to be replaced. Almost one out of three bridges studied were damaged beyond repair. Many others had to be closed for repairs for significant periods of time.

Many believe that bridges made of wood or steel are the only types that can be destroyed by fire. That’s because steel bridges have a relatively low resistance to high temperatures and wooden ones are built of combustible materials. However, recent incidents on concrete bridges prove these fire-resistant structures can be impacted by extreme heat.

One example: On March 30, 2017, a concrete bridge in the Buckland area of Atlanta collapsed during a fire. Experts say it took less than half an hour after the fire started for the structure to fail.

Bridge fires have a significant economic impact because:

Did you know: Fatalities related to bridge fires are rare? Most are the result of accidents, not the fires themselves.

How much does the collapse of a bridge cost a community?

It’s significant. In most cases, a majority of the total is the result of lost economic activity rather than the actual cost of repairing structures. Here are two examples:

The MacArthur Maze viewed from above.

The MacArthur Maze interchange in Oakland, California, failed in April 2007 because a fuel tanker caught fire below it. The fire led to the collapse of two spans, forcing officials to close the interchange to traffic for 26 days so workers could replace the damaged sections. Experts estimated the overall economic impact of the closure was approximately $6 million per day, totaling more than $150 million. The impact to the local economy in this busy area was more than 17 times the actual cost of rebuilding the bridges. 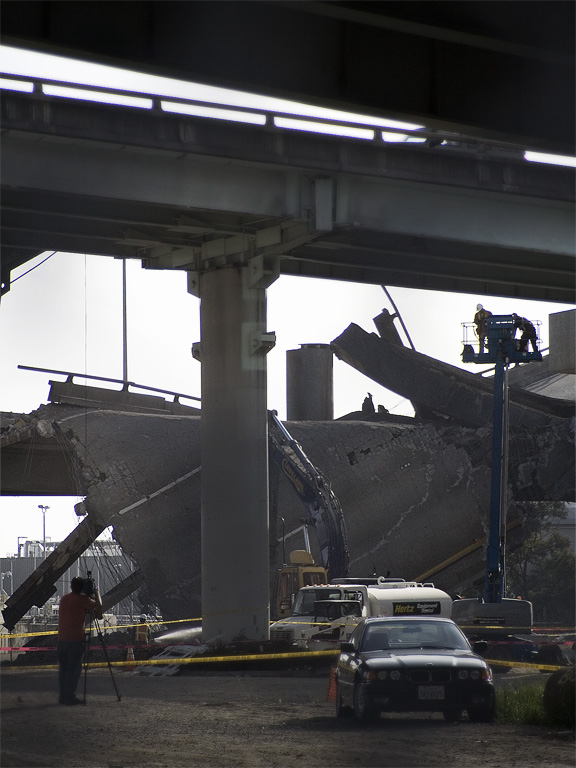 A collapsed section of the MacArthur Maze in 2007.

A similar incident occurred in 2012 when a fire broke out on the busy Mathilde Bridge in Rouen, France, one of six bridges over the Seine River in that city. Although the structure did not collapse, it was seriously compromised, and the section impacted by the fire had to be reconstructed, which kept the bridge closed to traffic for 22 months. In this case, the actual cost to repair the bridge was approximately $9 million. The indirect economic costs were estimated to be more than $11 million.

Surprisingly, very little. Bridge fires have been the subject of very few studies and are barely governed by national or international bridge design standards.

One of the few guidelines related to this aspect of bridge development is NFPA 502, Standard for Road Tunnels, Bridges and Other Limited Access Highways. This document, published by the National Fire Protection Association, offers general recommendations for bridges that are approximately 1,000 feet long or more.

However, it doesn’t address many important issues, including:

Did you know: Advanced bridge lifts make it safer and easier to inspect bridges after fires?

Four areas of engineering are addressing the topic:

These four engineering areas currently work independently. In the future, they must combine efforts to optimize their activities. It’s the only way to protect the public and minimize the economic impact of bridge fires.

Working together, they will be able to determine how risks should be evaluated and preventative measures applied to different types of bridges. A good model to follow is how fire risks are evaluated, addressed, and prevented in tunnels. Scientists and engineers owe this to the millions of people who cross bridges every day and depend on them for their livelihoods.