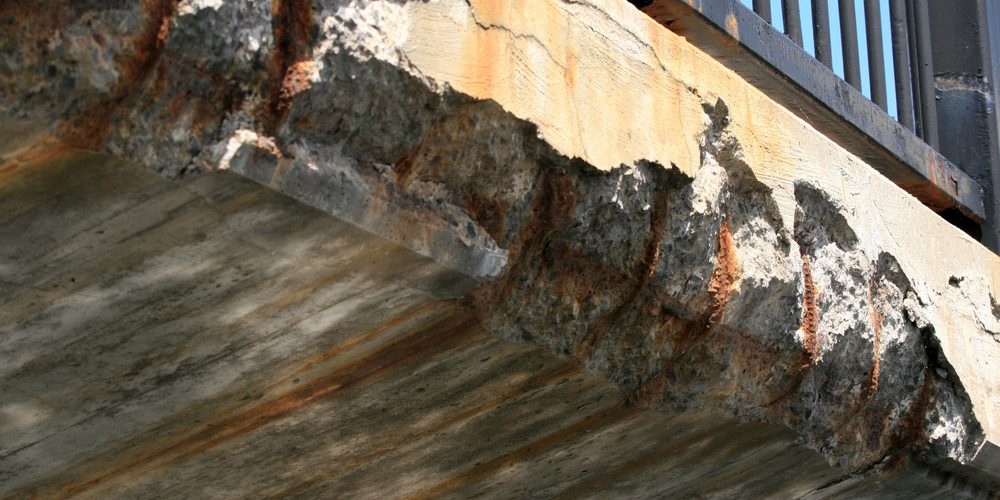 The American Society of Civil Engineers releases a report card every four years that rates infrastructure across the United States, including bridges and roads. We combed through the data in the most recent report to identify the states with bridges in the worst and best condition. Then we ranked them and came up with recommendations for improvement. We think this is important information to have in order to solve our current bridge infrastructure crisis.

In this article, we reveal the states with bridges in bad condition, with the worst at the top of the list.

There are almost 4,500 bridges in Idaho. Approximately half the bridges that are part of the state highway system are 50 years old and have reached the end of their design lives. Almost one out of every three local bridges is in the same condition. Based on the latest estimates, Idaho needs to spend more than $2 billion to make required repairs on 1,500-plus bridges or to rebuild them.

Almost one out of every four bridges in Rhode Island is structurally deficient. This is concerning because many are among the state’s most critical connectors. Driving on roads and bridges that need repairs costs each driver in the state more than $800 per year. While some repair work is underway, much more must be done to address the dire condition of Rhode Island’s bridge infrastructure.

Oklahoma is regularly ranked near the bottom of most lists of the nation’s worst bridges.

Approximately 20% have experienced some type of deterioration. Structurally deficient bridges in Oklahoma have proven to be dangerous to motorists. Plus, they have a negative impact on the state’s economy.

The good news is that Oklahoma has recognized the urgency of its transportation infrastructure problem and is taking remedial steps to fix the bridges most in need of repairs over the next eight years. Much more must be done to address this crisis, however.

The Iowa Department of Transportation owns 4,130 bridges, counties own 18,759, and municipalities own 1,165. Iowa is one of the top states in the U.S. based on the number of structurally deficient bridges. About 20% have earned that rating. The state took initial steps toward remedying the situation in 2015. Lawmakers provided enough funding for critical highway and bridge repairs. The impact of that funding is now being seen. However, larger issues, including rethinking bridge ownership, have to be addressed.

Pennsylvania, with 23,000, has the second largest number of bridges in the U.S. More than 18% are classified as being in poor condition. That’s more than double the national average. Still, this is down from more than 24% in 2014.

The typical bridge in Pennsylvania is 15 years older than the national average. Most require repair or modernization. The state allocated additional funding for transportation infrastructure starting in 2013. These dollars have made a difference. However, more needs to be done. Additional funding has to be allocated to fix all the bridges currently in poor condition.

A remarkably high 19.6% of South Dakota’s bridges are structurally deficient. Driving on roads in need of repair in the state costs each driver $528 on average, per year. Infrastructure issues are impacting South Dakota’s ability to compete with other states. Steps must be taken to come up with funding for badly needed infrastructure repairs.

West Virginia drivers have reason for concern: 17.3% of bridges in the state are rated structurally deficient. Driving on roads that require repairs in West Virginia costs motorists a relatively high $515 per year. Deteriorating infrastructure impedes West Virginia’s ability to compete economically. Unless the state finds funds to repair and replace its bridges and roads, its economy will continue to decline.

A high percentage of Nebraska bridges — 15.4% — are structurally deficient. Driving on bridges and roads in need of repair costs every driver almost $350 each year. The state must spend significantly more on its bridge infrastructure to reach parity with national averages.

North Dakota has 4,377 bridges. Fourteen percent are structurally deficient. This costs North Dakota residents a significant amount each year. Bridges in this category require additional maintenance, rehabilitation, or replacement. That’s because their critical load-carrying elements are in poor condition. On top of this, 43% of viaducts in the state are more than 50 years old, making them past their intended design life.

Most structurally deficient bridges in North Dakota are managed by local municipalities. Recent estimates show that there is a $400 million backlog of required maintenance projects on local structures. It’s critical that towns and cities in North Dakota find creative ways to fund badly needed repair work.

Louisiana has almost 13,000 bridges and just over 16 million square feet of bridge deck. It ranks number four in the nation for bridge area. A significant 13.5% of bridges in the state are structurally deficient. Approximately one in four is in fracture critical condition, which means the failure of a single component could cause part of the bridge to collapse.

An equally big concern: 44% of bridges in Louisiana are functionally obsolete. Structures in this condition do not have adequate capacity or shoulder width to meet current safety standards.

Funding to address transportation infrastructure maintenance is stagnant in Louisiana, despite the critical condition of bridges in the state. Unless things change, the state’s ranking could fall even lower.

New York has 17,456 bridges. That’s one bridge for every seven miles of roadway. More than one half of them are 75 years old, a quarter century older than their intended design life. More than 400 of the state’s bridges are a century old or older.

New York currently has just over 2,000 structurally deficient bridges. These structures require regular maintenance — or improvements — so they can carry vehicles. Approximately 100 bridges in the state are closed because of serious structural deficiencies. New York could lose its position as The Empire State if it doesn’t make fixing its bridge and road problem a top priority.

Driving on bridges and roadways that need repairs in Mississippi costs each driver in the state just over $700 per year on average. This can be traced back to the fact that more than 12% of its bridges are rated structurally deficient. More of Mississippi’s bridges are deficient than the national average. The state must take steps to repair or replace them.

Wyoming faces unique infrastructure challenges. Traveling on bridges and roads in need of repair costs each driver in the state more than $340 per year. According to the most recent estimates, 11% of Wyoming bridges are structurally deficient. Delaying work on these structures only escalates the cost of repairing damage and the risks that something catastrophic could happen.

New Jersey has 6,657 bridges. They are critical connectors in the populous state. New Jersey residents regularly experience travel delays because of weight-posted or closed bridges. The issue has also impacted commerce in the state.

The average age of bridges in New Jersey is just over 50 years old. Currently, one out of 11 is structurally deficient. Many bridges are at risk of deteriorating or of damage from severe storms.

Estimates say that more than 40% of New Jersey bridges will need improvements or replacement in the next few years. The issue: Current funding levels are not adequate to address the crisis. New Jersey must make fixing its transportation infrastructure a priority to prevent additional bridge closures and possible catastrophic events.

Driving on transportation infrastructure in need of repair in Massachusetts costs each vehicle owner approximately $540 annually. An unacceptable 9.3% of the state’s bridges are rated structurally deficient. Massachusetts is a state filled with history. However, it cannot afford to let its bridges become historic.

In Wisconsin, 8.7% of bridges are rated structurally deficient. Traveling on bridges and roads that need repairs costs each driver in the state $637 per year. If Wisconsin allows its infrastructure to continue to deteriorate, it could impact its ability to compete economically.

Approximately one half of California’s bridges have exceeded their design life. More than 7% are structurally deficient. This contributes to California’s notorious traffic congestion. The backlog of maintenance, repair, and replacement work continues to grow.

Progress has been made over the last 10 years to improve the condition of California’s bridges. This is partly due to passage of the Road and Repair Accountability Act, which increased funding for transportation infrastructure. Despite this, more needs to be done.

Maine’s highway system includes more than 3,700 bridges. A remarkable 58% are more than 50 years old and have reached the end of their useful lives. Currently, one out of seven bridges (14.8%) is structurally deficient.

Until recently, there hasn’t been enough funding to replace bridges that are aging out. Now the state has implemented a work plan that places a greater emphasis on bridge maintenance efforts. However, experts say the state still needs to come up with an additional $33 million annually to get all the state’s bridges in good repair.

Because the average age of New Hampshire bridges is increasing, it’s expected that more will be red listed in the future. Bridges on red lists typically require more frequent inspections and cost more to maintain. New Hampshire needs to take steps now to address its aging bridge assets.

A deteriorating bridge and roadway system costs drivers in Michigan billions of dollars each year. Starting in 2015, the state legislature increased funding for the state’s transportation network. The money comes from a combination of user and registration fees, along with general funds. However, the current funding is not adequate to keep up with bridge deterioration.

Alabama has almost 16,000 bridges. Approximately 8% are classified as structurally deficient. More than 2,600 are posted for reduced weight limits and even more are closed to traffic. Roughly one in every six drivers in the state crosses a structurally deficient or functionally obsolete bridge every day. These limitations force drivers to detour 12 miles on average to get to their destinations. Experts believe Alabama could find additional funding to address this issue by increasing its gas tax.

In Connecticut, 79 million vehicles cross bridges each day. That’s significant because 7.8% of the bridges in the state are structurally deficient. While that’s a percentage point lower than the national average, some of the state’s largest and most heavily traveled bridges are in that category.

The good news is that the state has allocated additional dollars to fund bridge repairs. The bad news is that Connecticut needs to find more money to repair its infrastructure.

The overall condition of Kentucky’s bridges has steadily improved in recent years. In 2011, 9.3% were structurally deficient. By 2017, 7.8% were. This improvement is because the state has made bridge repairs a top priority.

Currently, almost 2,900 bridges need repairs. The state estimates the cost to get its bridges into good working order is $1.8 billion. Kentucky lawmakers need to find additional funding to maintain the current pace of bridge improvements.

North Carolina ranks as the fourteenth state in the country in terms of bridge surface area. Bridges are an important part of the state’s heavily traveled yet aging highway system.

North Carolina currently funds a $200-million bridge improvement program. However, the number of structures in the state becoming structurally deficient outnumbers those being repaired, rehabilitated, and replaced. To address this, the state prioritizes projects to optimize spending. However, this is not enough.

According to recent estimates, North Carolina needs to spend an additional $281 million per year to get the state’s bridges back into good working order.

Arkansas has more than 12,500 bridges. Approximately 21% are deficient by bridge deck surface area. One out of three is 50 years old or older, which means they’ve reached the end of their design lives. The estimated cost to fix or repair structurally deficient bridges in Arkansas is more than $1 billion. Arkansas currently spends a tiny fraction of that annually on bridge maintenance and will need to find ways to increase funding.

Believe it or not, when it comes to the nation’s bridges, it’s not all bad news. In our next article, we’ll inventory the states with the best bridges and explain what they do to keep them in good shape.