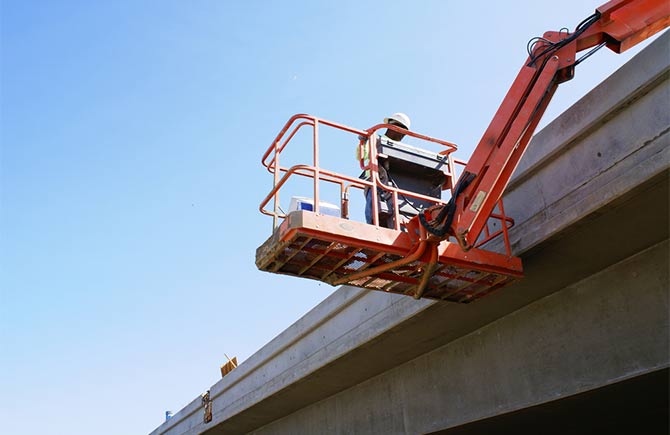 According to a report by the television news program 60 Minutes, America’s bridges are in very poor shape:

“Tens of millions of Americans cross over bridges every day without giving it much thought, unless they hit a pothole. But the infrastructure problem goes much deeper than pavement. It goes to crumbling concrete and corroded steel and the fact that nearly 70,000 bridges in America — one out of every nine — is now considered to be structurally deficient.”

The poor condition of these bridges makes it crucial that they be inspected regularly and carefully. However, the bridge inspection process in the United States is complicated.

The approximately 700,000 bridges located across the U.S. are owned and maintained by countless state, local, and other entities. Most are strapped for cash and have limited resources available to conduct adequate in-depth inspections.

For a closer look at new innovations related to bridge inspection practices, check out our blog on drone inspections here.

Bridge inspections are governed by both federal and individual state guidelines, which can vary significantly by state. U.S. federal bridge inspection regulations are covered by the National Bridge Inventory Standards (NBIS). They establish rules on:

State Departments of Transportation (DOTs) implement the NBIS guidelines and generally expand on them. Most state programs require that more types of bridges be inspected, and that inspections take place more frequently than outlined by NBIS. Additionally, states often place more qualification requirements on inspectors based on local inspection needs.

Many states set additional timeframes for interim, in-depth, and hands-on inspections, as well as for certain types of testing and measurement.

State DOTs establish more detailed short-term periodic inspection guidelines related to hands-on bridge inspection, close-up reviews, and for collecting quantitative bridge data. They base these guidelines on the condition of bridges in the state, their defects, and local postings.

They also develop longer-interval inspection guidelines for different types of bridges and to cover the environmental elements that can impact them in their area.

Did you know? Ninety-five percent of routine bridge inspections in the U.S. take place every 24 months or less. That means most states comply with minimum federal guidelines.

Many states also have minimum health, agility, and eyesight requirements for bridge inspectors.

The vast majority of bridge inspections are conducted by two-person teams, although a few states allow individuals to inspect bridges. A good practice used by many states is to rotate inspection teams to new bridges periodically.

Having a new team inspect a bridge can be a good way to identify problems missed by a team that inspects a bridge regularly. Bridge inspection teams can include a: 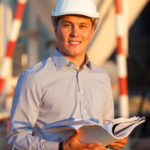 The individual in charge of bridge inspection, reporting, and inventory documentation. 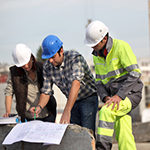 The person who oversees an inspection team and is responsible for planning, performing, and reporting field inspections. 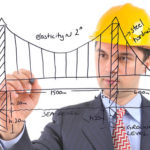 The individual who assigns load ratings to bridges.

A load rating is the determined live load carrying capacity of a bridge using as-built bridge plans and information gathered from the latest field inspection. 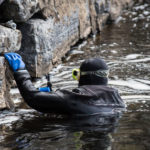 A diver or crew who performs underwater bridge inspections.

Did you know? Bridge inspection programs in countries outside the U.S. often include frequent, sometimes daily, visits to, and inspections of, bridges by maintenance contractors.

In order to ensure the quality of bridge inspections, most states require that an inspection program manager oversee quality control and quality assurance policies, along with their execution.

State DOTs review inspection reports and are responsible for verifying that:

A peer review process is often used by most states. Reports for bridges with known defects often get a higher degree of scrutiny. 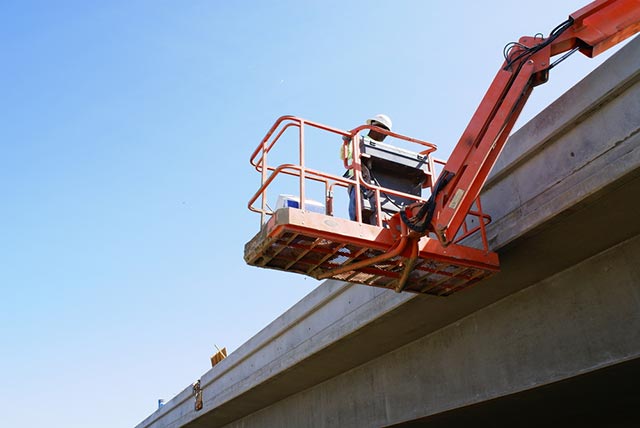 The following table provides an overview of the types of bridge inspections required by the federal government:

And the data data below shows how often certain types of bridge inspections actually take place.

Notice that critical inspections happen on a more frequent basis than routine ones. More difficult and expensive underwater ones happen less often.

Tip: Never use cobbled-together tools to inspect bridges. It can be dangerous and lead to accidents, injuries, and death. Specialized equipment is available that can make it easier to handle inspections. A UBIT is particularly good for this. It’s a highly flexible and articulated unit that makes it easier for inspectors to get to hard-to-reach areas of bridges. 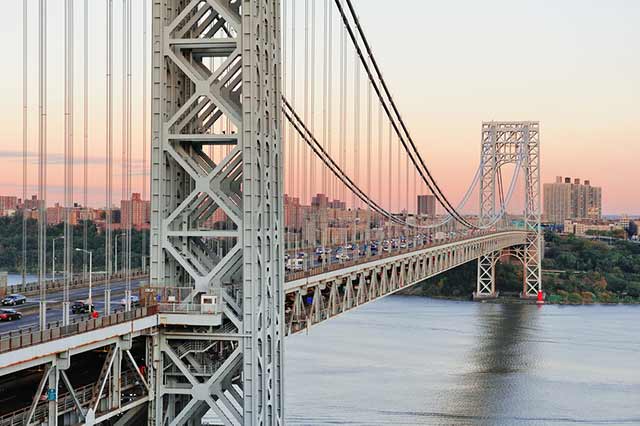 Most bridge inspections focus on critical structural components of bridges, those that could lead to significant property damage, the collapse of the bridge, injuries, and deaths. However, there are few guidelines related to inspecting the equally important utility infrastructure suspended from many bridges.

The impact could be significant to local communities if power lines, cables, gas lines, and other utility infrastructure carried across bridges become compromised. Like most other bridge elements, utility components can be affected by weather, accidents, and normal wear and tear.

Because of state government staffing restraints, financial constraints, and a lack of clear guidance, bridge utility inspections tend to take place ad hoc or are handled by utility companies and are generally not connected with DOT inspections.

With the nation’s bridges — and the utility systems they transport — aging at a rapid rate, it’s important that local bridge and utility authorities work closely together to build a plan to inspect critical utility infrastructure regularly.

Some things to look out for include:

If you ever find any of these deficiencies while inspecting a bridge — or if you would like to find out how to do bridge instructions the right way — you should contact a knowledgeable firm that can help you install, inspect, repair, and protect bridge utility infrastructure correctly. 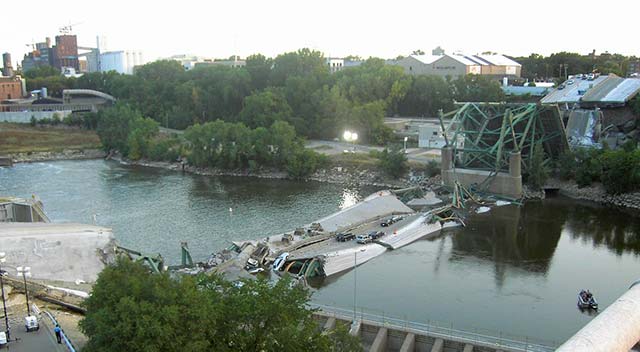 The highly publicized collapse of the I-35W bridge over the Mississippi River took place on Aug. 1, 2007. It resulted in 13 deaths and 145 injuries. In addition, it caused significant collateral damage and economic costs. The bridge was Minnesota’s third busiest, carrying 140,000 vehicles daily.

A design flaw was found to be the likely cause of the collapse. Experts believe a too-thin gusset plate ripped along a line of rivets because additional weight on the bridge at the time of the collapse put significant stress on this weak component of the design.

Previous inspections over many years had rated this span as one of the most vulnerable in the United States. It was inspected annually except for the year of the collapse because construction was taking place on the bridge. In their final report, officials noted that inadequate inspections were a contributing factor to this tragedy.

Is it time for a better approach?

With the nation’s bridge infrastructure aging rapidly, the current static federal and state bridge inspection guidelines may not be adequate to keep people safe.

An in-depth analysis and report done by the National Cooperative Highway Research Program recommends a more flexible and dynamic approach. It’s one definitely worth considering.

It involves having state or other local bridge authorities establish expert panels to review and assess the durability, reliability, and safety of the bridges in states or local areas. The panels would analyze local bridges to determine which should be inspected more often and the types of inspections they should receive, based on their condition and the potential impact it could have should something unexpected occur.

This is done through a relatively simple three-step process:

The report recommends using a simple 4×4 matrix to prioritize inspection needs and assign an inspection interval for the bridge. It weighs risk level versus likelihood of something taking place. 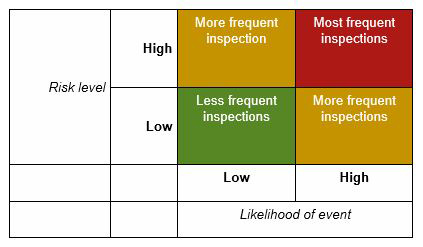 This could be a great model for states to follow because it uses scarce inspection resources on the most vulnerable bridges that could have the biggest impact on their communities. It’s an effective way to use limited resources to inspect today’s aging bridge infrastructure in order to keep the public and bridge workers safe.

If you need bridge inspection equipment, view our rental fleet!