A program to rebuild America’s infrastructure could be realized within the next year. That means more and more bridge designers, engineers, and contractors could be asked to retrofit (and build) bridges to make them earthquake proof.

Here’s everything you need to know about earthquakes, how they impact bridges, and the latest things being done to make bridges and the utility infrastructure they support safer (and in some cases, indestructible) during earthquakes.

Earthquakes by the numbers

How likely is it that your area will be affected by an earthquake? Check out these statistics about seismic activity in the United States:

While there’s no conclusive scientific evidence, some experts believe the localized increase in quakes is the result of human activity, including things like fracking.

Much has been learned about earthquakes in the last 20 to 30 years. Significant improvements in construction techniques and building materials have made new structures built during that time much safer. Many of these innovations can be applied to retrofitting older bridges.

The first thing engineers rehabilitating older structures need to consider is what they want their seismic retrofit to accomplish.

In order from least intensive to most, the options include:

A few strategies that can be applied to existing bridges so they’re more likely to withstand a quake: 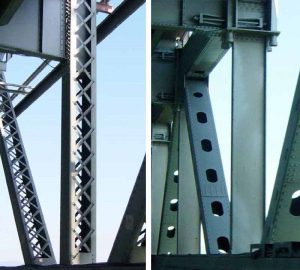 Photo above by user: Optigan13 Based on en:User:Leonard G. [CC SA 1.0], via Wikimedia Commons. 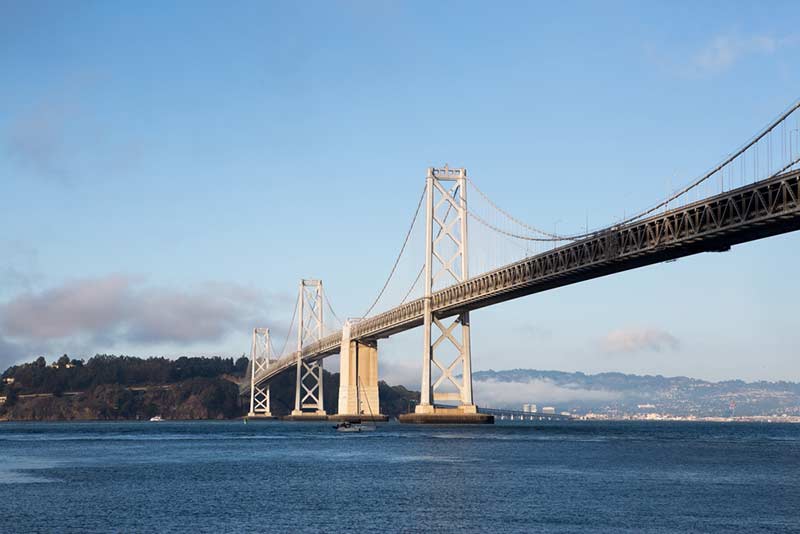 One way to learn more about retrofitting bridges so they’re earthquake proof is to check out the cutting-edge techniques used on two innovative bridges constructed in high-seismic areas.

Let’s start by looking at the replacement for the San Francisco-Oakland Bay bridge that was damaged decades ago in a major quake.

More than a quarter million vehicles cross the span every day. Because of this, engineers were challenged to design a bridge that could be returned to service as quickly as possible after seismic activity. Not only did they plan a bridge that could make it through the major earthquakes that are predicted to happen during the projected 150-year lifespan of the bridge, they also planned for it to withstand the worst possible seismic events over a 1,500-year period.

It is anticipated that traffic can be returned to the bridge within hours of a quake rather than days, weeks, or months, as has been standard in the past.

The bridge is supported by extraordinarily strong yet flexible steel cable bundles that twist wire upon wire into cables. These cables are then bound together in bundles that will maintain flexibility yet stay strong in a seismic event.

The structure has also been strengthened with the addition of steel plates, new types of rivets and bolts, and extra bracing. Engineers also inserted rollers under the roadway along with viscous dampers that help absorb the shock from earthquakes so the bridge can move without doing damage to itself.

The structure has been built in multiple segments. Each is supported on its own pier. The segments meet closely enough to make the road continuous, but they aren’t fastened to one another. Instead, a small gap has been left between them, which lets them move independently during an earthquake. Large rubber bumpers between the sections protect the segments from damaging each other should they come into contact while being shaken.

One of the bridge’s most innovative safety features are hinge pipe beams that connect the segments of the bridge to each other. They are engineered to keep the segments aligned during a seismic event. One section of each pipe is a soft steel fuse. It’s designed to bend under pressure, so the beam can “give” a little during an earthquake. Once a period of seismic activity is over, any deformed fuse sections will be replaced so the hinge pipe beams will be ready for the next episode.

Bridge designers also took steps to protect critical utility infrastructure. A long corridor runs the entire length of the bridge. Special care is being taken to protect the electrical wiring that powers the lights on the bridge, along with other cables and pipelines that serve utility customers.

Did you know? These innovations go well beyond one of the steps workers took when they repaired the original San Francisco Oakland Bay Bridge after a previous earthquake? They welded a troll into the bridge to ensure good luck. 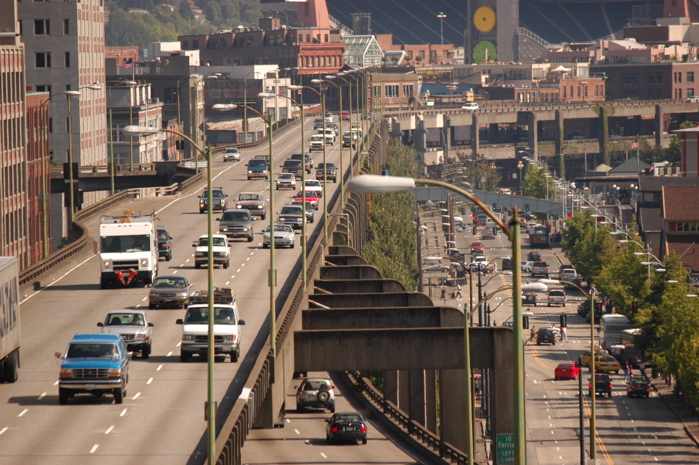 Photo above by user: wac [CC SA 1.0], via Wikimedia Commons.

engineering techniques to keep it safe. Much like the San Francisco-Oakland Bay Bridge, this one has been designed to make it through a quake with little or no damage, so it can be returned to service quickly after the event is over.

One of the innovative safety features leveraged by this structure are rods made with a flexible nickel-and-titanium alloy inserted into the concrete columns. They automatically return to their original shape after being impacted by outside forces.

The concrete used to house these rods is unique as well. It’s a special composite made with fibers that let it bend without cracking and crumbling.

These innovative materials are 90 times more expensive than typical ones. However, they’re only used in the most vulnerable areas of the bridge, rather than the entire structure. This sensible strategic approach means this “safer” bridge costs less than 10 percent more than a standard one.

Think about it: This minimal added expense is justified because it is significantly less than the price tag of repairing a bridge damaged by a single major quake.

Designers of new bridges being built from the ground up have the freedom to incorporate these novel ideas and others into their structures. For those retrofitting older ones, this may not be possible. Using the newer, more flexible materials and taking steps to isolate sections of bridges from each other could go a long way toward keeping people safe in a quake.

Another big step is to leverage the latest seismic monitoring systems to be able to control traffic on bridges prior to, during, and after a quake. Another relatively easy step: Update the utility infrastructure and protective equipment on bridges to help avoid floods, fires, and electrical outages that could exacerbate earthquake damage.

Finally, bridges in earthquake zones may need to be inspected more often than regulations demand to look for cracks and other signs of seismic damage. Drones and modern lift equipment make virtual and in-person inspections safer, easier, and more cost-effective than ever.