In our previous article, we covered seven megaprojects: bridges that cost at least $1 billion, are extremely complex, and have a long-lasting impact on the local community, economy, environment, and society overall.

Here are seven more SUPER mega projects, with total budgets starting at $4 billion, increasing to almost $50 billion. Some are completed. Others are in the planning phase.

Remember: If you ever work on a megaproject or any challenging bridge development effort, you owe it to yourself to check out BridgeMaster’s line of innovative lifts. They provide an easy and safe way to reach difficult-to-access sections of bridges. 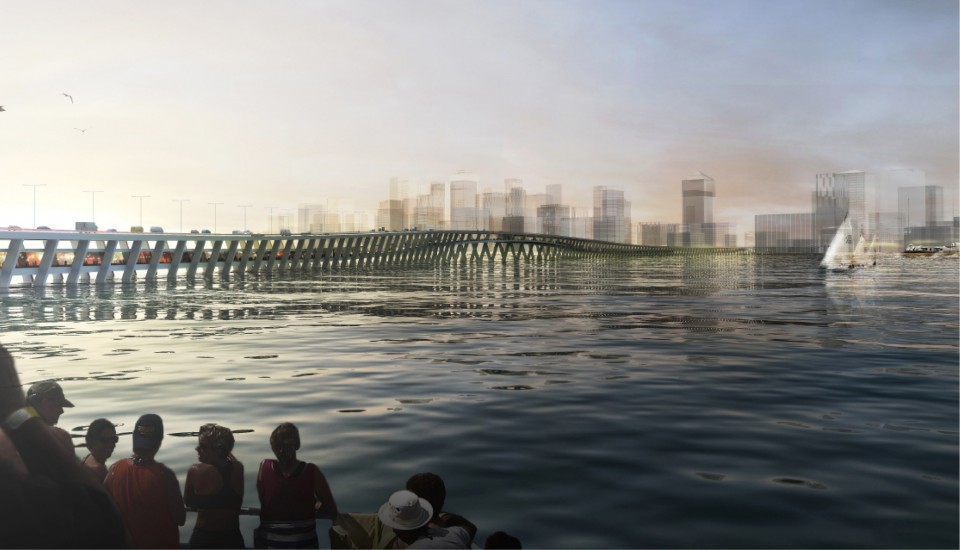 It’s one of four bridges that will connect the Island of Lagos to the mainland.

What makes it mega: When completed, it will become the longest bridge and expressway in the world. 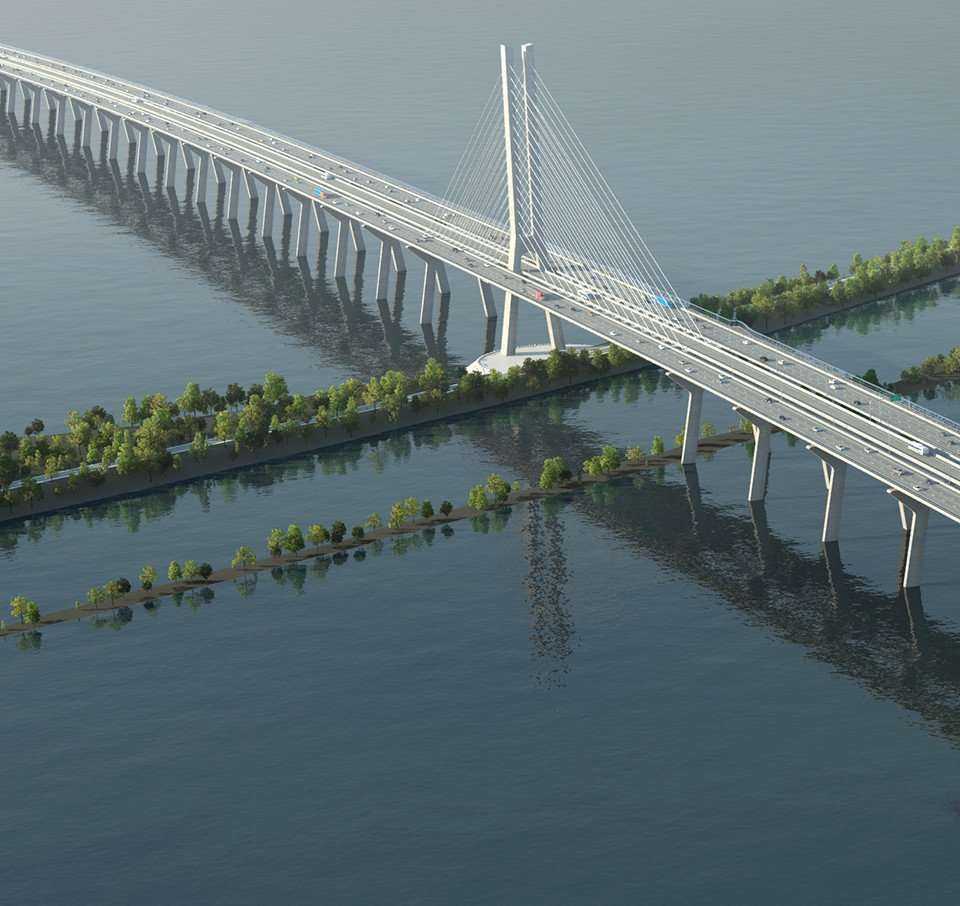 Design image of the Samuel-de-Champlain Bridge, under construction

Overview: The over  two-mile-long Samuel-de-Champlain Bridge will serve as the gateway to Montreal. It’s replacing an older structure built in the 1950s that’s no longer structurally sound.

The new bridge is an asymmetric cable-stayed viaduct with a 551-foot-high concrete tower supporting stay cables in a harp pattern.

Construction started in June 2015 and is expected to be completed later this year.

What makes it mega: This  complex multi-use structure includes two railroad lanes, six lanes for vehicles, and a corridor for cyclists and pedestrians.

Overview: At almost seven miles long, the Third Mainland Bridge is currently the longest of three bridges connecting the island of Lagos to the mainland.

It will no longer hold this record when the Fourth Mainland Bridge, profiled above, is finished.

What makes it mega: This was the longest bridge in Africa at the time it was completed in 1990. It held the record until 1996, when Cairo’s 6th October Bridge was completed.  Adding to its complexity, there is a connector at the halfway point of the bridge that leads to the Herbert Macaulay Way, Yaba. 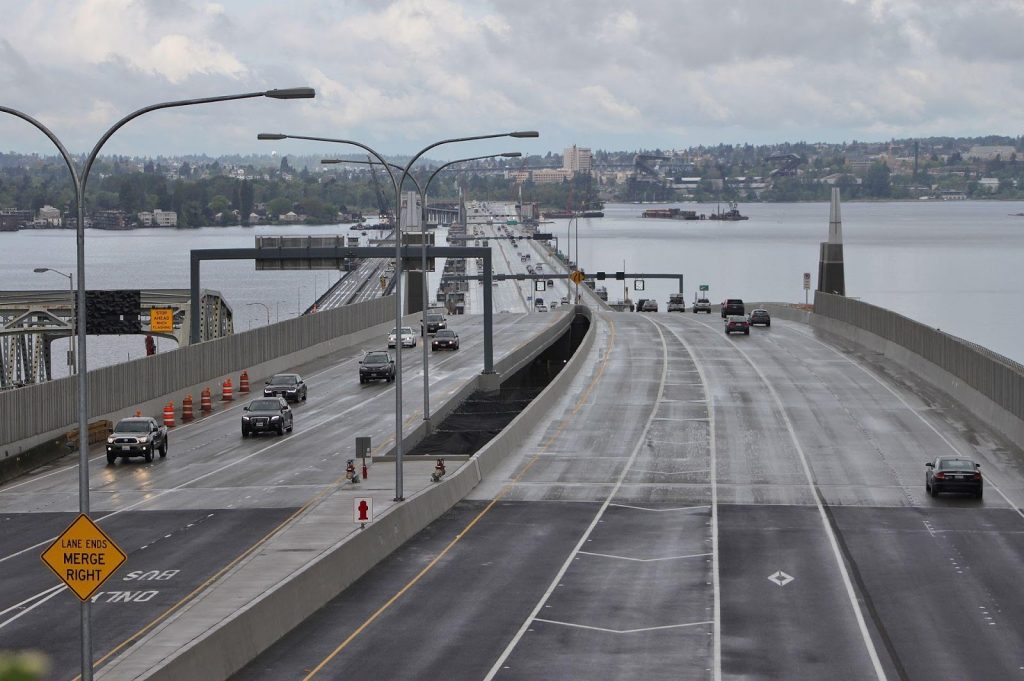 Overview: The Evergreen Point Floating Bridge (also referred to as the 520 Bridge and the Governor Albert D. Rosellini Bridge) carries Washington State Route 520 over Lake Washington. It connects Seattle to suburban communities to the east. The bridge opened to traffic in 2016.

It replaced an older structure that could no longer handle increased traffic demands.

What makes it mega: This 7,710-foot-long floating bridge is the longest and widest of its type anywhere in the world.

The new structure is a self-anchored suspension bridge connected to a pair of viaducts. It crosses San Francisco Bay, connecting Yerba Buena Island with Oakland.

Construction took more than a decade, starting in 2002, and was completed in 2013.

What makes it mega: It’s the most expensive public works project of any kind in California. The $6.5 billion price tag is a 2,500 percent cost overrun from the original estimated budget of $250 million. In addition, at more than 250 feet, it’s the world’s widest bridge, according to Guinness World Records. 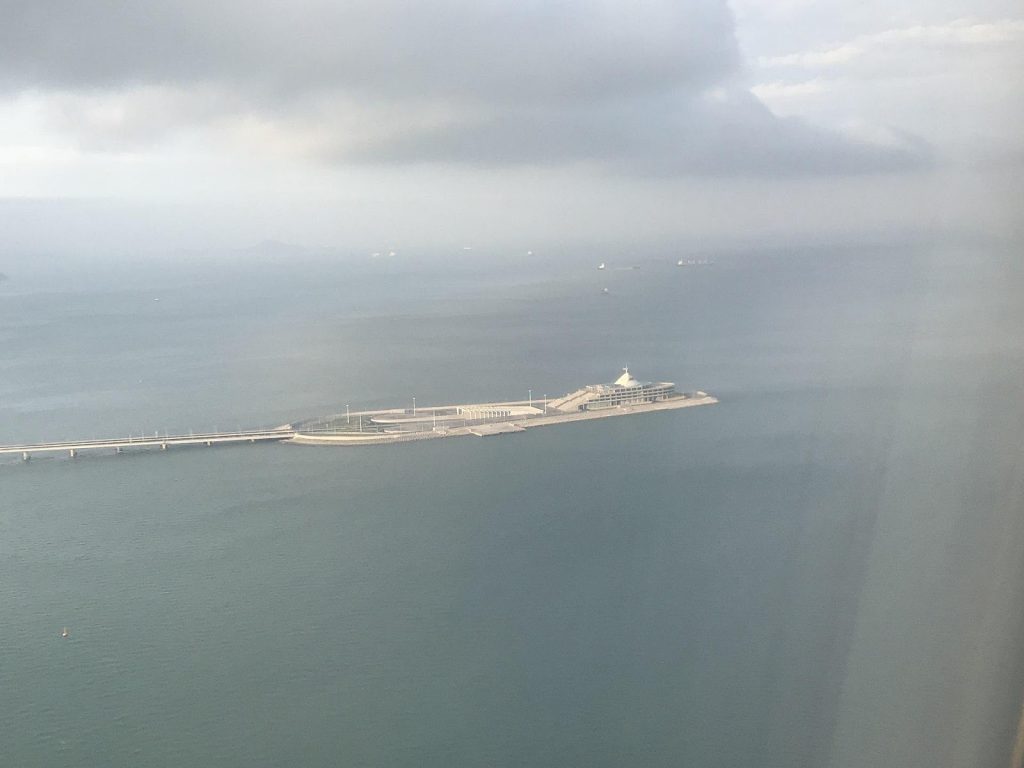 Overview: The Hong Kong-Zhuhai-Macau Bridge is a 34-mile-long bridge and tunnel system. It crosses the Lingding and Jiuzhou channels, connecting the cities of Hong Kong, Macau, and Zhuhai.

This megaproject was developed to increase tourism and economic activity in the Pearl River Delta.

What makes it mega: This initiative includes three cable-stayed bridges, a tunnel under the sea, and four man-made islands. It is the longest sea crossing and fixed link structure on Earth. 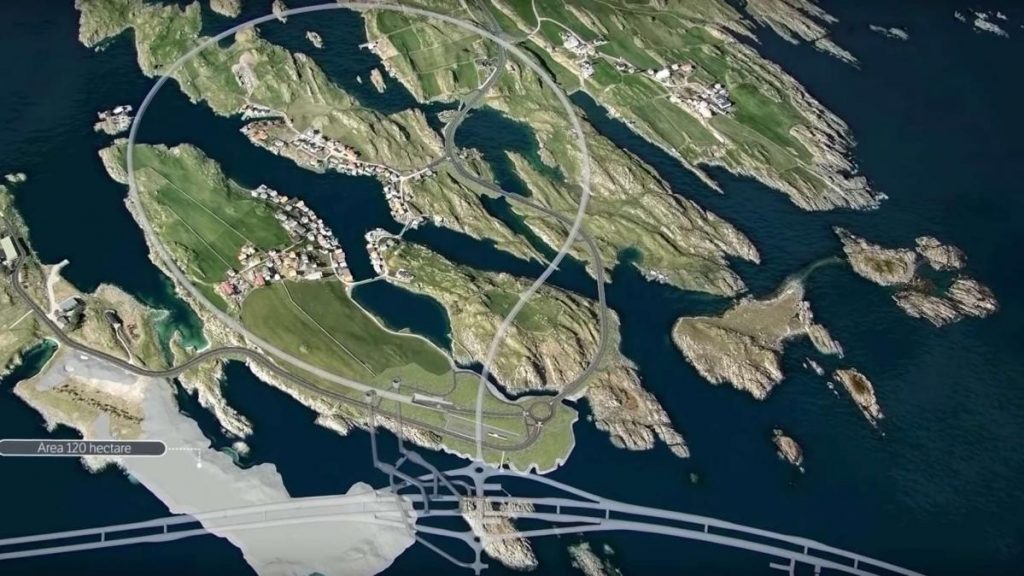 Overview: Norway’s topography, comprised of land masses separated by waterways, makes it difficult to connect the country’s cities with roads.

This project will replace countless, inconvenient ferry links along the route with bridges and tunnels. This will reduce travel time from 21 hours to 11.

What makes it mega: Norway is an environmentally focused country. Realizing this plan will require finding creative ways to build bridges and tunnels that will efficiently move traffic while preserving its pristine waterways.